These cities are the world’s top tourist destinations 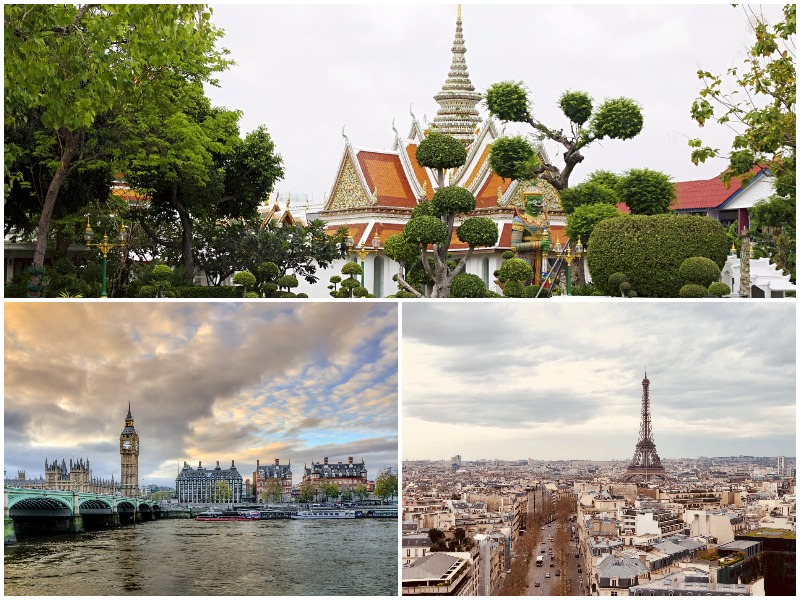 Here are the world’s most visited cities, and the reasons why you should add them to your travel bucket list.

Bangkok, the capital of Thailand, is the most popular tourist destination in the world, revealed Mastercard’s 2018 Global Destination Cities Index. London ranked second, followed by Paris, according to the ranking based on 2017 data.

Interestingly, the top 10 hasn’t changed for the third consecutive year. The last time a different city was seen on the list was in 2015: one year before Tokyo pushed out Hong Kong of the top 10 list.

Given the global economic growth, it’s hardly surprising that all cities experienced growth in terms of international overnight visitors, except Seoul, the capital of South Korea. Number of foreign tourists arriving to Seoul dropped from 12.39 million in 2016 to 9.54 million in 2017.

In addition, Global Destination Cities Index looked at the number of nights spent in these cities. In New York visitors stayed the longest with an average 8.3 nights.

Next comes Tokyo with 6.5 nights, while in Paris and Dubai tourists remained only 2.5 and 3.5 nights, respectively.

However, visitors might stay for a shorter duration in Paris and Dubai, but they spend much more in these cities. Tourists spend around $537 per day in Dubai and $301 in Paris, on average.

Among the cities that benefit from international tourists the most is also Singapore where visitors’ expenditures are $286 per day and Phuket, an island in Thailand ($239). On the contrary, in Istanbul tourists spend $108 per day, and it’s the lowest rate of the top 10 most visited cities.

Here’s the top 10 most visited cities in the world and why you should start planing a trip there as soon as possible. 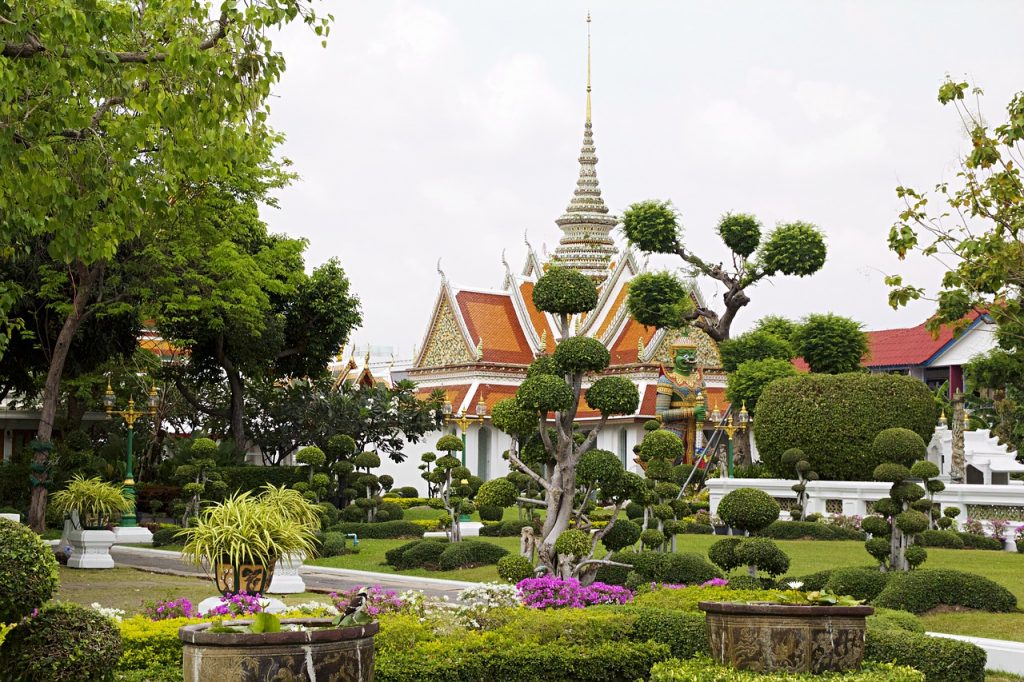 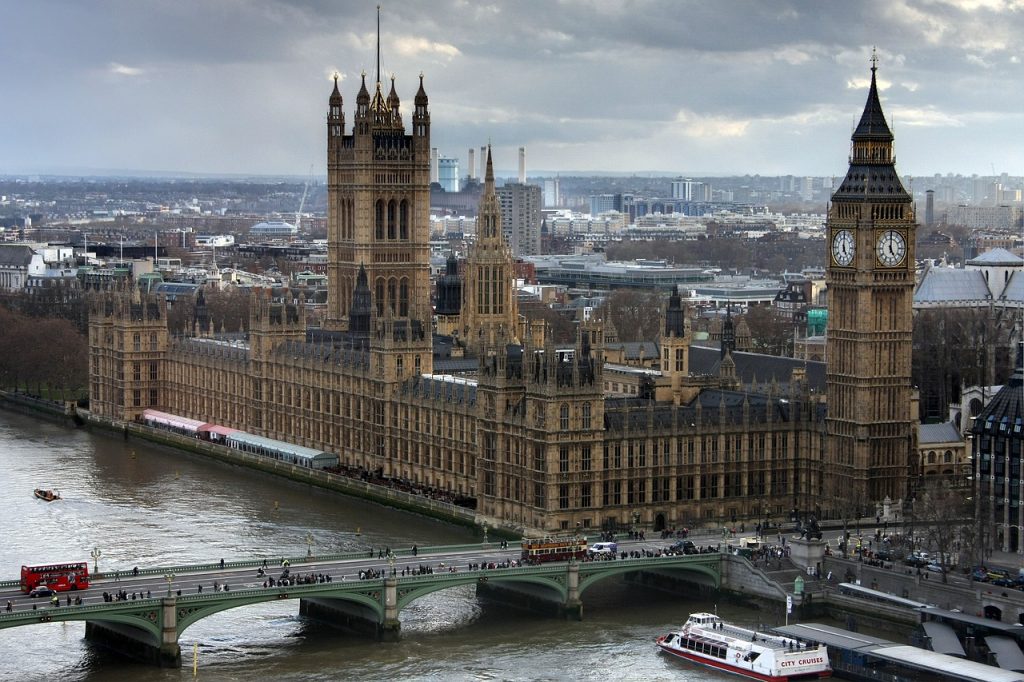 London (UK) has many different layers. The world’s financial capital attracting business travelers from all over the world. The center of the British monarchy luring tourists to Buckingham Palace and Westminster Abbey, where British monarch coronations take place. One of the best world’s shopping destination packed with various malls and shopping streets. And, of course, the cultural capital the history of which dates back to Roman times. 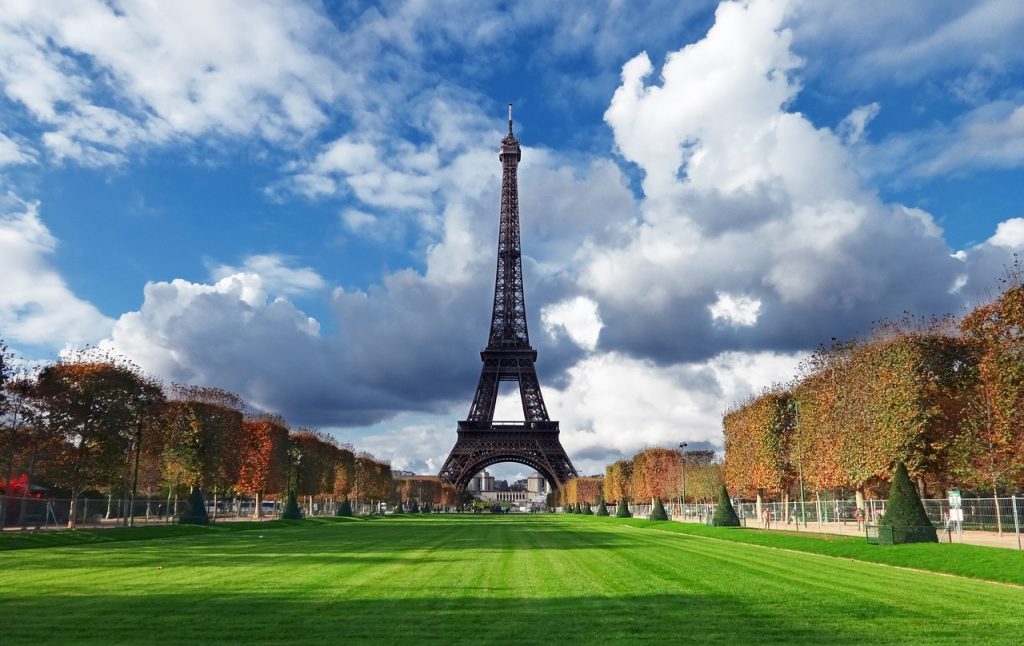 Whether you come to Paris, the capital of France, for the first time or the 10th, you’ll always find some new places to discover. From the most recognizable city landmarks Eiffel tower, Triumph arc and the world’s largest art museum Louvre to charming Montmartre district or Seina river banks, the list of must-see places in Paris is endless. 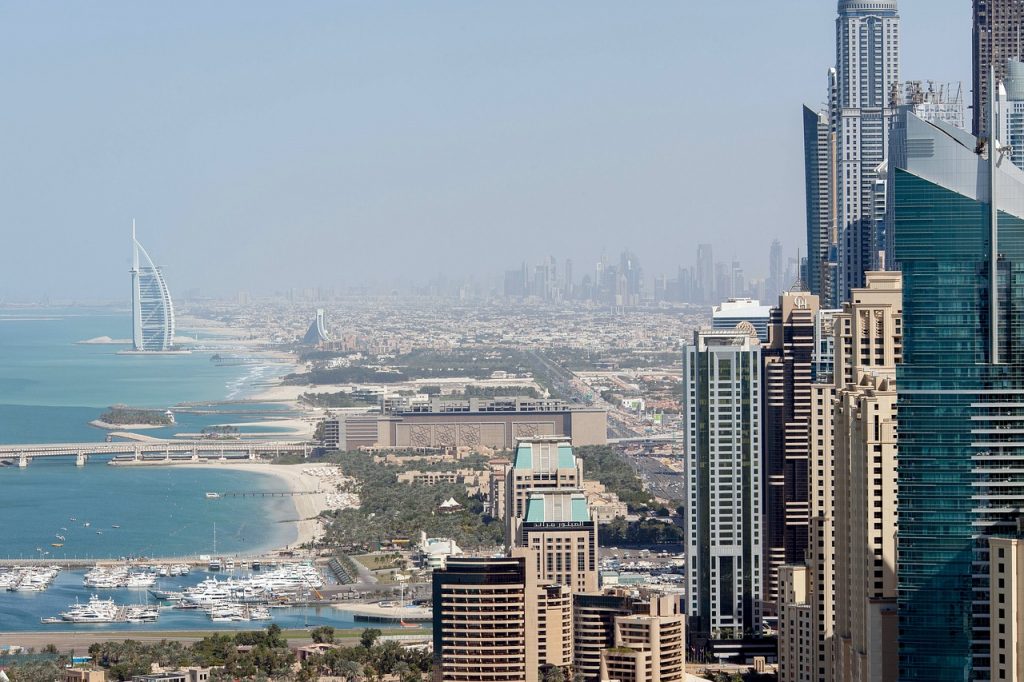 Dubai, the largest city of the United Arab Emirates, is a business hub of the Middle East. Renowned for its skyscrapers towering over the city, Dubai is home to Burj Khalifa, the world’s tallest building with a total height of almost 830 m (2,723 ft), and Burj Al Arab Jumeirah, a sail-shaped luxury hotel standing on an artificial island.

When it comes to artificial islands, Palm Jumeirah island is one more engineering marvel in Dubai. An artificial island that resembles a palm tree from above, hosts beaches, luxury hotels, waterpark and more.

On top of that, the Dubai has the world’s tallest musical fountain. 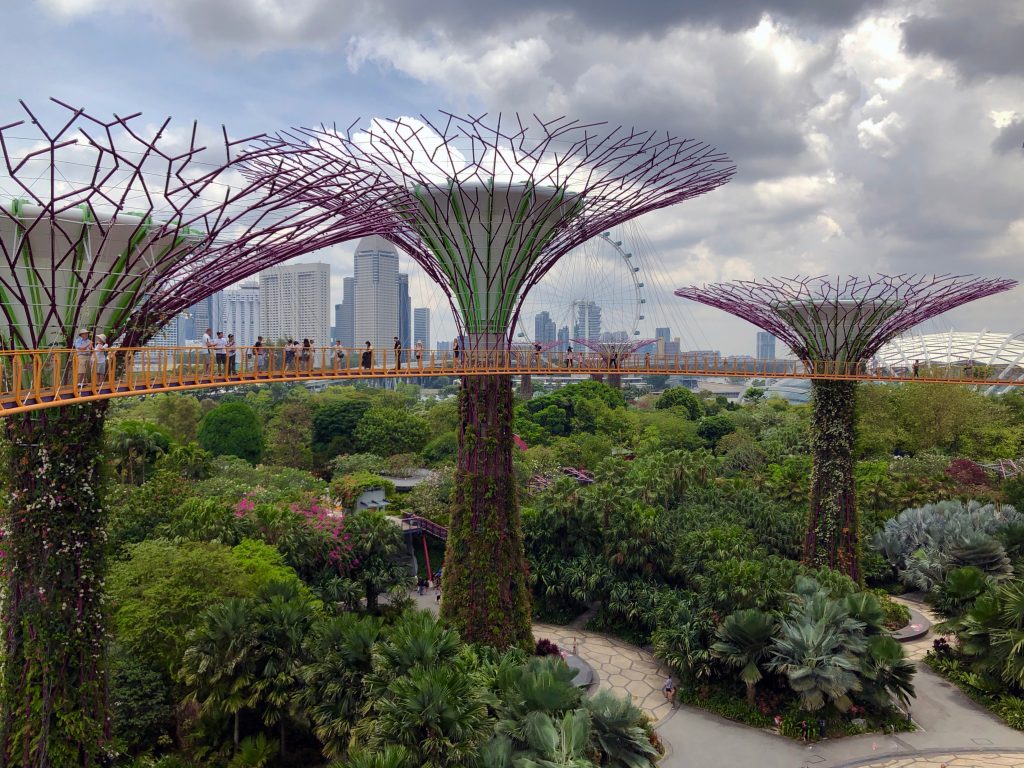 Singapore is the city famous for its strict rules and physical punishment. Although you can get a fine for chewing gum in public or eating a sandwich in a subway, it’s a clean, innovative, vivid and friendly city where different cultures meet. Modern skyscrapers, historic temples, riverside commercial district Clarke Quay renowned for shopping and nightlife are among the most important things to see in Singapore.

One of Singapore’s most compelling tourist attractions is Public Gardens by the Bay. Giant metal trees covered by tropical flowers and plants make an unforgettable impression. A “tree”-top walk is a must-do.

New York, known as city which never sleeps, is the city of finance, fashion, art, food, shopping, nightlife and more. The must-see attractions include the Empire State Building, Times Square, Broadway, Central Park, which is world’s most famous urban park, the Statue of Liberty and Yankee Stadium. 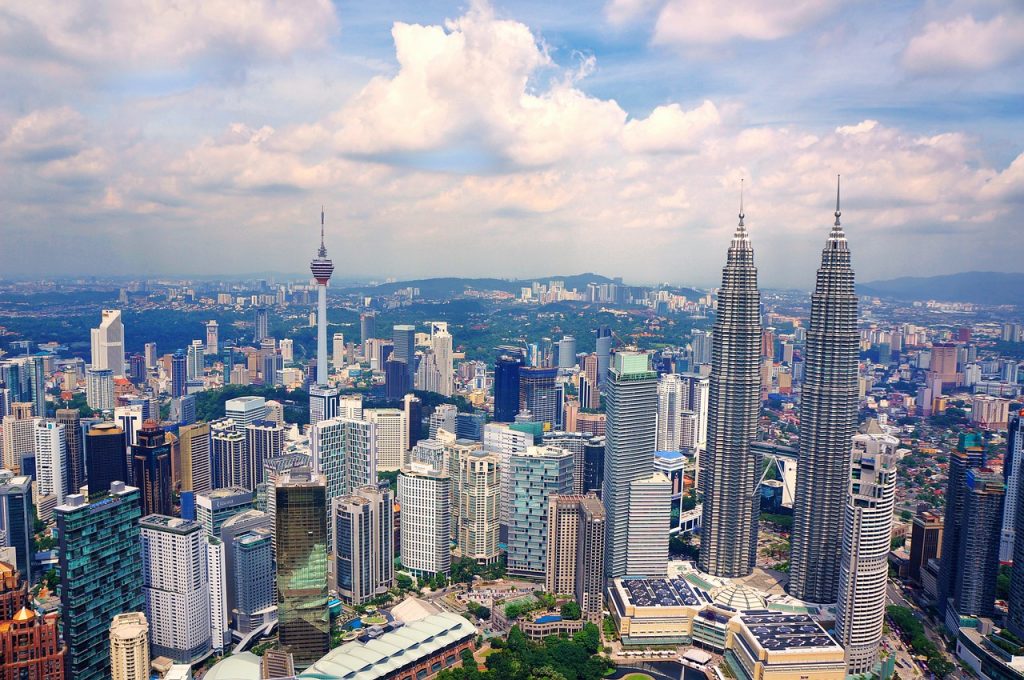 Once the tallest building in the world, 451 m (1,480 ft) Petronas Twin towers stand out of the neon-lit skyscrapers in Kuala Lumpur. Several observation desks on skyscrapers offer amazing views over the city, while Kuala Lumpur City Center Park is a place to take a stroll admiring music fountains and green scenery.

The Sultan Abdul Samad Building and National Mosque of Malaysia are the famous city’s landmarks. 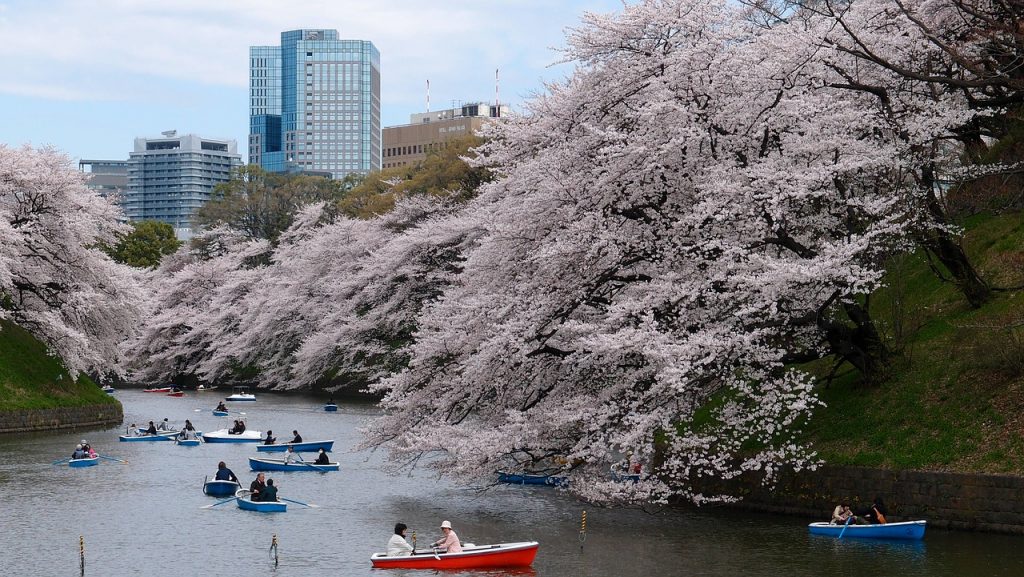 Tokyo has something to offer for every taste: ancient temples for those who want to learn more about the country’s history; skyscrapers with observation decks for impressive panorama views; parks, zoos and Disneyland for visitors with small kids; an enormous fish market and tuna auctions for those seeking the unique experience; Harajuku district renowned for Japanese street fashion where young Japanese gather to demonstrate their eccentric vintage clothing.

Add great food and the most polite people in the world and you’ll get a perfect destination for your next trip. 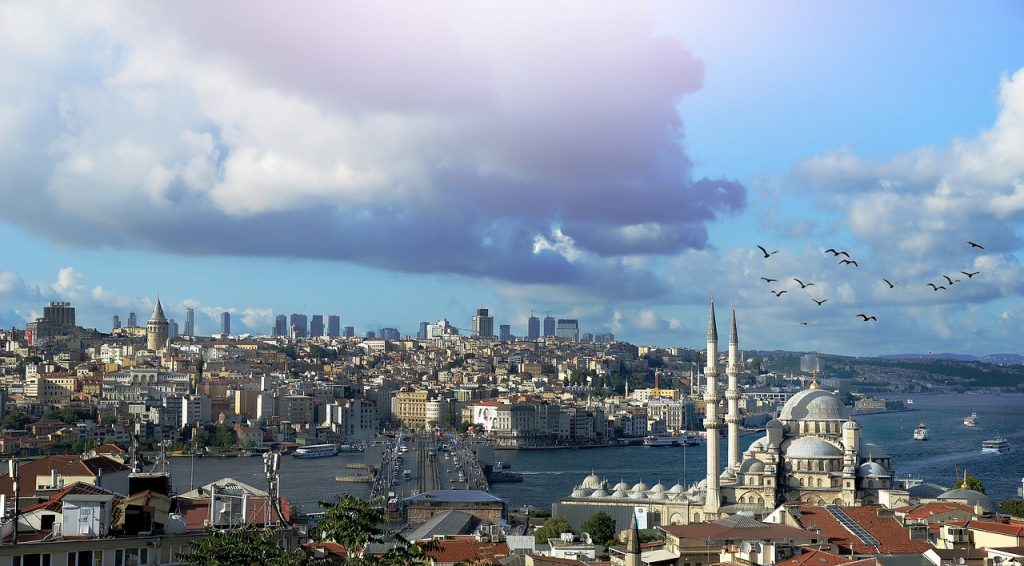 Stretching over two continents: Europe and Asia, Istanbul is a unique city in terms of geographical location and a diverse history. Given its history as a capital of Roman, Byzantine and Ottoman Empires, Istanbul is extremely rich in cultural heritage and landmarks from all historical periods.

The most important landmarks of the city lay in Sultanahmet district on the European part of Istanbul. Hagia Sophia (Ayasofya) Museum, once the world’s largest Byzantine cathedral, magnificent Blue Mosque and Topkapi Palace that date back to Ottoman Empire, are among the most impressive ones. 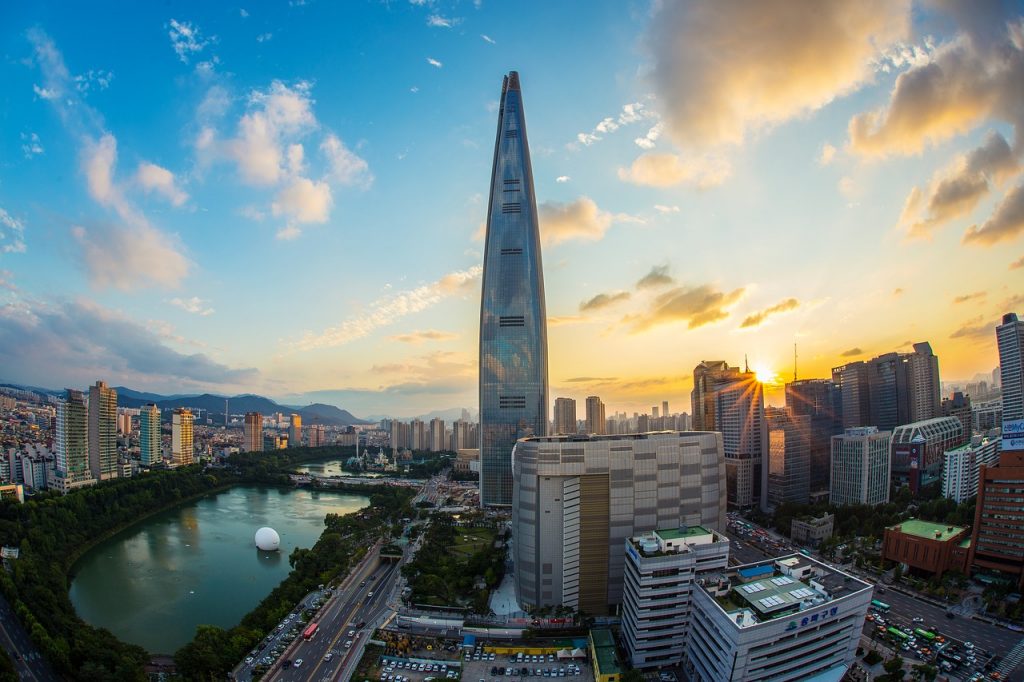 Seoul, the capital of South Korea, is a place where the past meets the present. From a historic Bukchon Hanok village featuring traditional Korean homes, Gyeongbokgung royal palace, Buddhist temples and numerous street markets to modern skyscrapers, innovative products, and various restaurants, Seoul has it all.