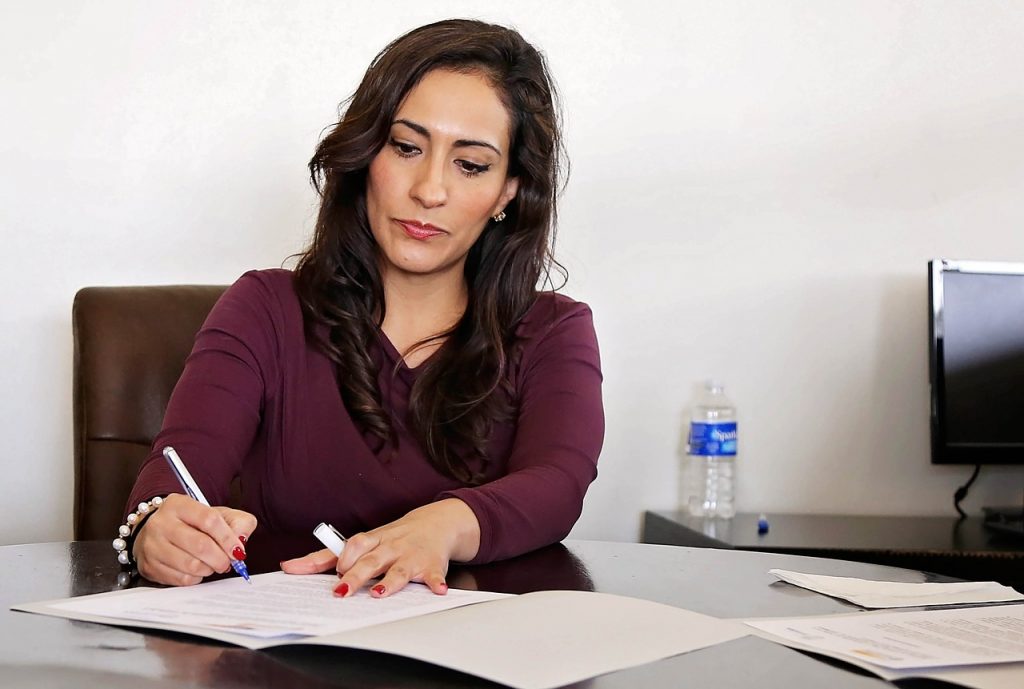 Women account only for 6% of CEO positions at the largest public companies in the US, the EU, and Australia.

Over the last six years, the share of female CEOs at the largest nationally registered companies in the EU has more than doubled. It might sound like good news, except that the rise went from tiny 2.5% up to modest 6.5%, according to the data of the European Institute for Gender Equality (EIGE).

The institute collects data on the proportion of women and men in the CEO position of the largest quoted companies (max. 50) in European countries.

With women holding 20% of top executive positions, Slovakia and Slovenia had the biggest share of female CEOs among the EU member states in October 2018.

In fact, more women were leading the largest public companies in Eastern and Central Europe than in Western Europe. 13% of CEO positions were held by women in Bulgaria and Hungary, 11% in Lithuania, compared with less than 3% in France, Italy and Spain. 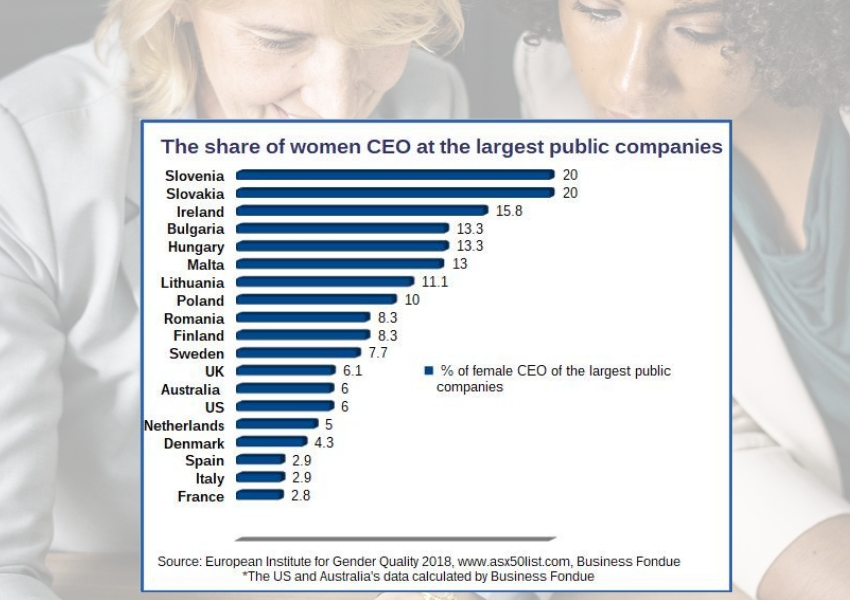 Surprisingly, several EU countries, such as Germany, Luxembourg, Portugal, Latvia, and the Czech Republic didn’t have a single woman serving as a chief executive officer at the companies included in the analysis.

However, in Montenegro, a small Adriatic country and a candidate for EU membership, 30% of top executive positions at the biggest firms were occupied by women.

Female CEOs in the US and Australia

Business Fondue calculated the share of the female CEOs at the top 50 public companies in the US and Australia. The calculation was based on Forbes’ list of America’s Largest Public Companies by revenue and Australia’s ASX 50 List.

The analysis revealed a similar situation to the EU. In both countries, 3 out of the 50 largest public companies had a female CEO. It means that only 6% of the largest firms were run by women.

When it comes to America’s 500 largest companies, situation is even worse with less than 5% of women occupying the top executive positions.

Given all these numbers, it comes as no surprise that there are fewer women among chief executives of the largest America’s 500 companies than there are men named James, according to the New York Times.