Lithuania has the highest enterprise birth rate in Europe 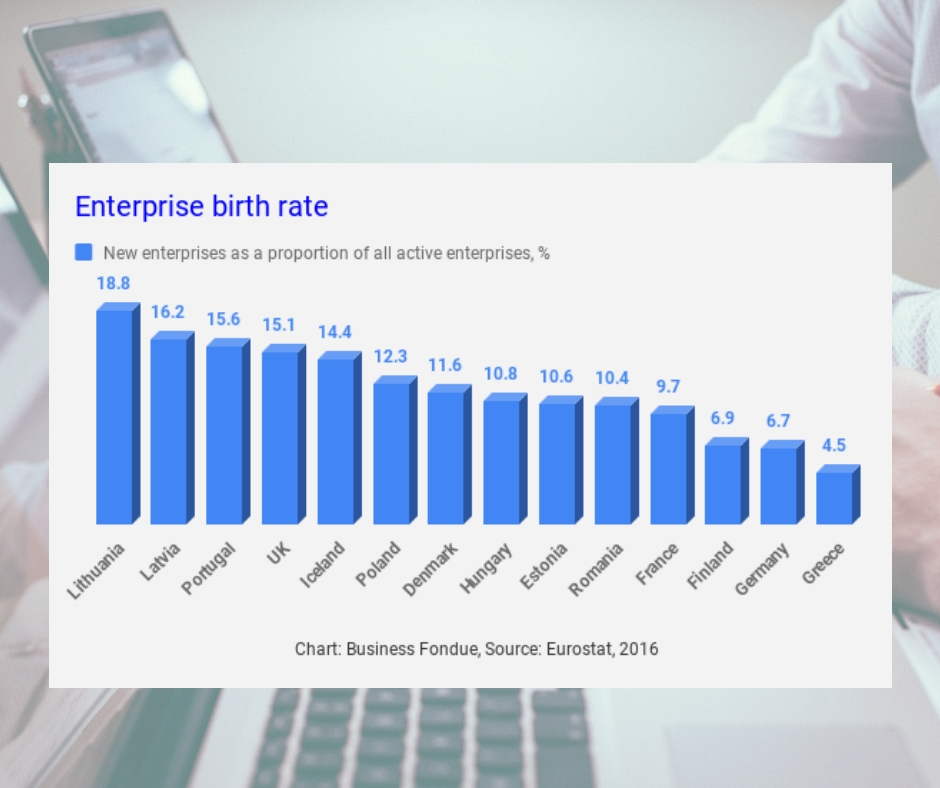 Lithuania and Latvia perform the best in Europe when it comes to the enterprise birth rate.

The Europe’s lowest rate is recorded in Greece where new enterprises account only for 4.5% of all active companies.

According to Eurostat, enterprise births are thought to increase the competitiveness of a country’s business, by obliging companies to become more efficient in view of newly emerging competition. They stimulate innovation and facilitate adoption of new technologies, while helping to increase overall productivity within an economy.