Global brands, that became flagships of their countries of origin 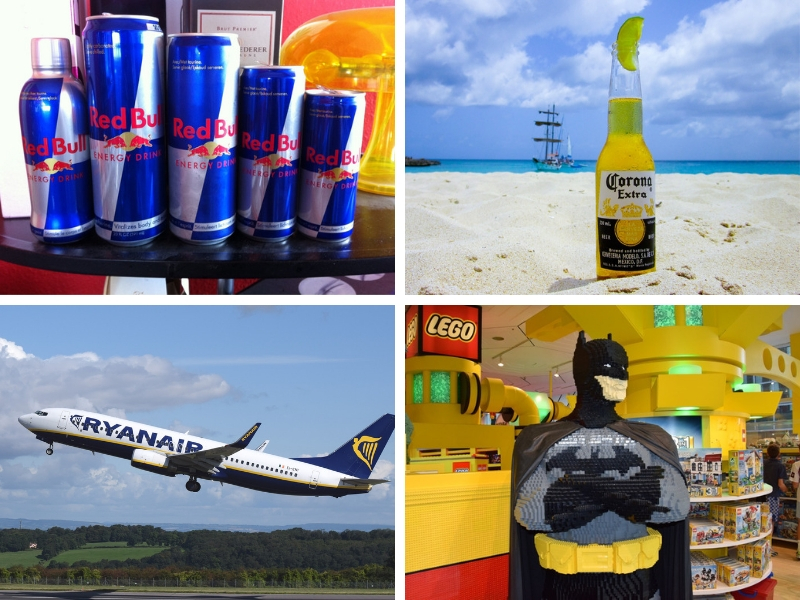 Which countries do Red Bull, Lego or Corona Extra come from? Here are worldwide famous brands that aren’t American.

It comes as no surprise that the US easily wins the competition of the world’s most popular global brands. Coca-Cola, Google, Apple, Facebook, Amazon, McDonald’s – you name it, all are American brands.

However, other countries have their own source of pride. Some of the most popular beer, toys, cars, chocolate or drink brands were founded and are still manufactured far away from America.

Here are the global brands that became the flagships of different countries around the world. 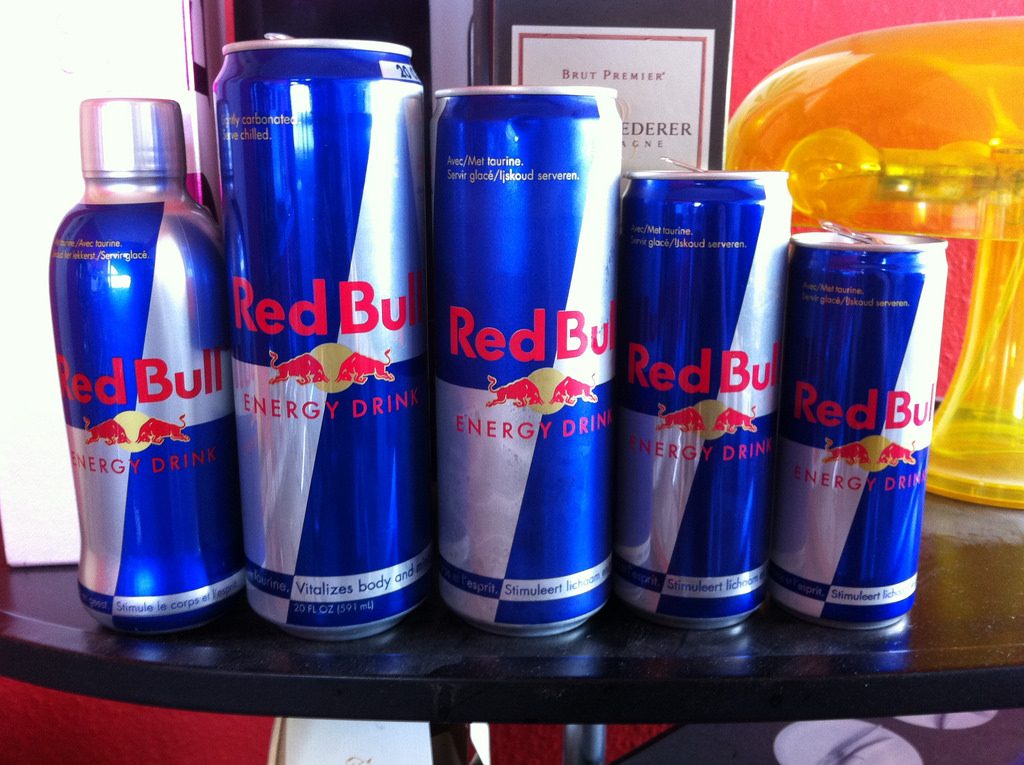 The energy drink brand Red Bull, which is sold in 171 countries, dominates the world’s energy drink market. In 2017, 6.3 million cans of Red Bull were consumed worldwide.

Without any doubts, Red Bull is an internationally well-known brand. However, few consumers know that Austria is a home market for this global brand.

30 years ago Austrian Dietrich Mateschitz introduced Red Bull energy drink to the European market, inspired by drinks he had tried during a trip to Thailand. In fact, D.Mateschitz launched a totally new product category.

Swarovski, a lead glass (known as crystals) jewelry brand, is another famous brand known outside Austria. 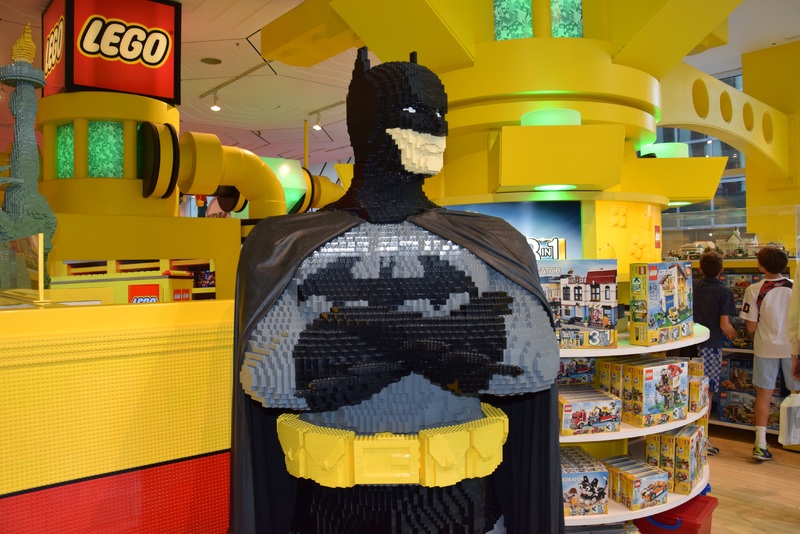 From the US to France and Australia, Lego is the children’s favorite toy, every year ranking high on kids’ wish lists for Christmas.

The world’s most valuable toy brand Lego was founded in Denmark in 1932. The company is still owned by the founder’s Kirk Kristiansen family. Lego is now worth $7.6 billion (€6.7 billion), according to Brand Finance 2018 report.

The beer brand Carlsberg is another great source of pride for Danes.

With over 7,000 stores worldwide Zara is the world’s largest fast fashion retailer. It is also Spain’s flagship brand.

In 1975 Amancio Ortega opened the first Zara store in a small A Coruña town in Spain. Soon his concept to convert catwalk fashion trends into mass-produced goods at an affordable price revolutionized the whole fashion retail, winning the hearts and minds of millions of consumers.

40 years later, A.Ortega has become the wealthiest retailer in the world, whereas Zara grown into one of the best global brands. Zara ranks 25th world’s most valuable brand, according to the Interbrand’s report Best Global Brands 2018.

What is more, a unique Zara’s strategy still keeps it ahead of many other market players. In contrast to the majority of fashion retailers that change their collections twice a year, Zara updates the stock with new designs twice a week.

Zara is the main brand of Inditex fashion group. 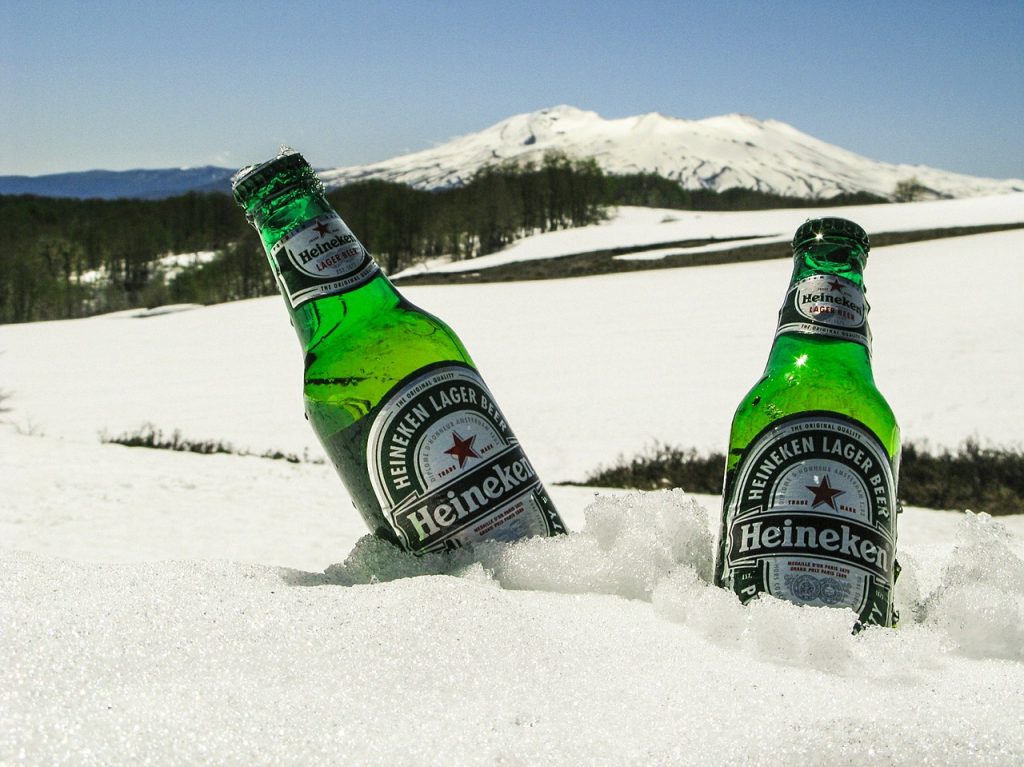 Several successful multinational brands compete for the honor to be named as the flagship of The Netherlands.

Although oil and gas company Royal Dutch Shell tops the Kantar’s BrandZ Top 30 Most valuable Dutch brands 2019 ranking with a brand value of $20.6 billion (€18.2 billion), it is actually British-Dutch company.

The second in the ranking comes one of the world’s most popular beer brands Heineken, that has been boosting the Netherlands image for years. The third is a travel e-commerce company Booking.com.

Founded only 22 years ago in the Netherlands, Booking.com completely changed the way we look for vacation accommodation and became an essential tool for planning a trip.

Booking.com now offers more than 2 million accommodations in 229 countries and territories. However, in 2005 Booking.com was acquired by American company Priceline Group that later changed its name to Booking Holdings.

The health technology company Philips is another iconic Dutch brand. 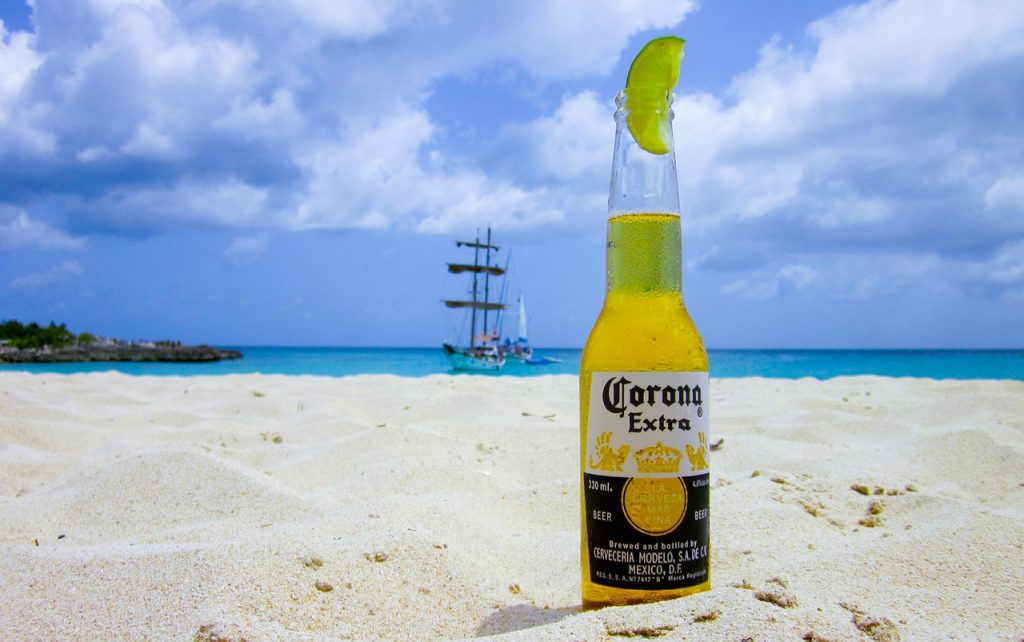 The beer brand Corona is not only the best-known Mexican brand worldwide, but also Latin America’s most valuable brand for 2018, according to Kantar Consulting’s BrandZ Top 50 Latin American Most Valuable Brands report.

Corona Extra also is the top-selling imported beer in the US and one of the most popular beer brands in the world. According to a market research IRI, only in the US market sales were more than $1.7 billion (€1.5 billion) in 2017. 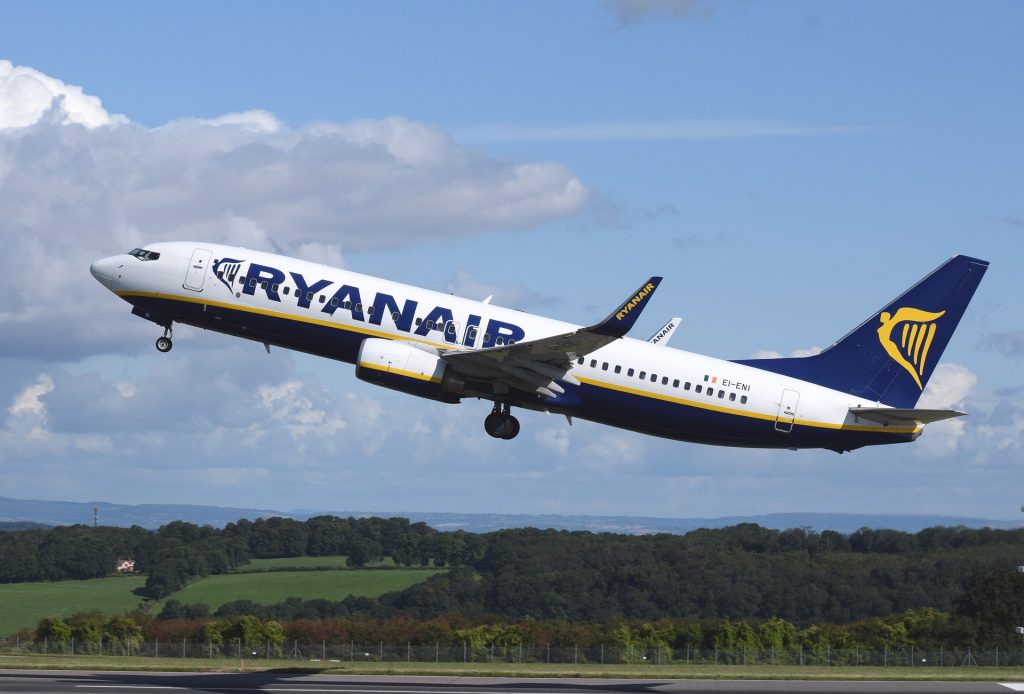 Some love it, some hate it, but nobody can deny that Europe’s largest low-cost carrier Ryanair has changed the airline industry in Europe. In fact, it changed the way we travel. Stripping its service from free meals, baggage, and other non-essential frills, Ryanair was able to offer an airplane ticket for as low as $23 (€20).

By carrying 129 million passengers in 2017, Ryanair is the second-largest airline in Europe, behind only Lufthansa Group.

No wonder that Ryanair brand became one of the flagships of Ireland.

Guinness beer is another iconic Irish brand, however, now it is owned by British company Diageo. 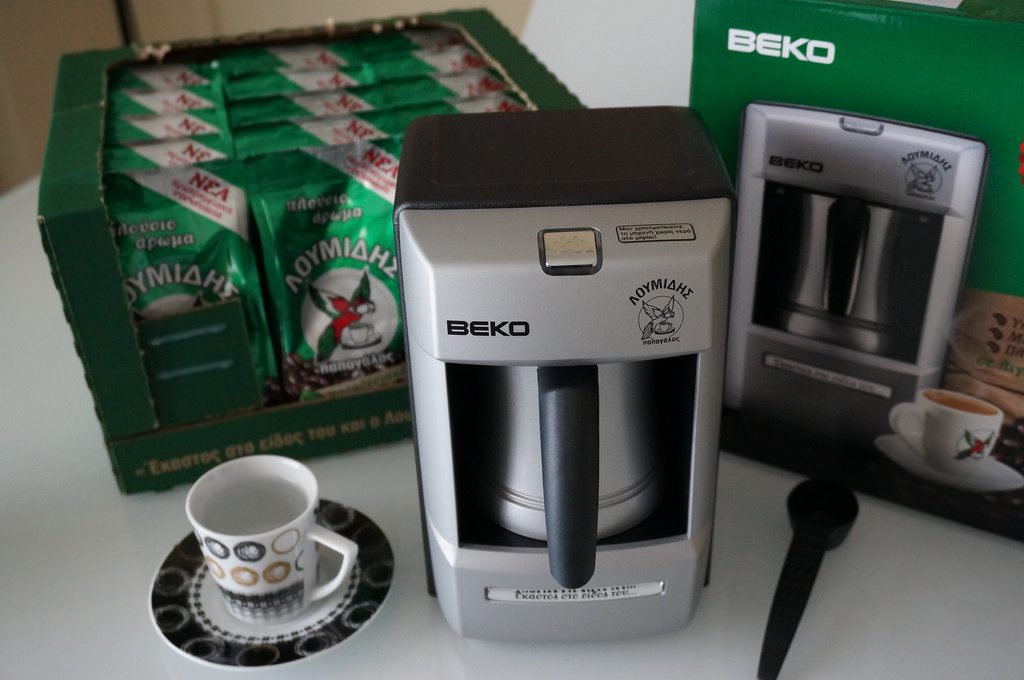 The domestic appliance and consumer electronics brand Beko is one of the best worldwide known Turkish brands. It is sold in more than 100 countries.

In addition, Turks take pride in owning the confectioner brand Ülker. Ülker biscuits and chocolate products can be bought in more than 85 countries, including the US and Egypt.

According to Ülker website, Asım and Sabri Berksan had founded the biscuit manufacturing company in 1944. Over time, the Ülker brand became so famous that the family changed its surname from Berksan to Ülker. 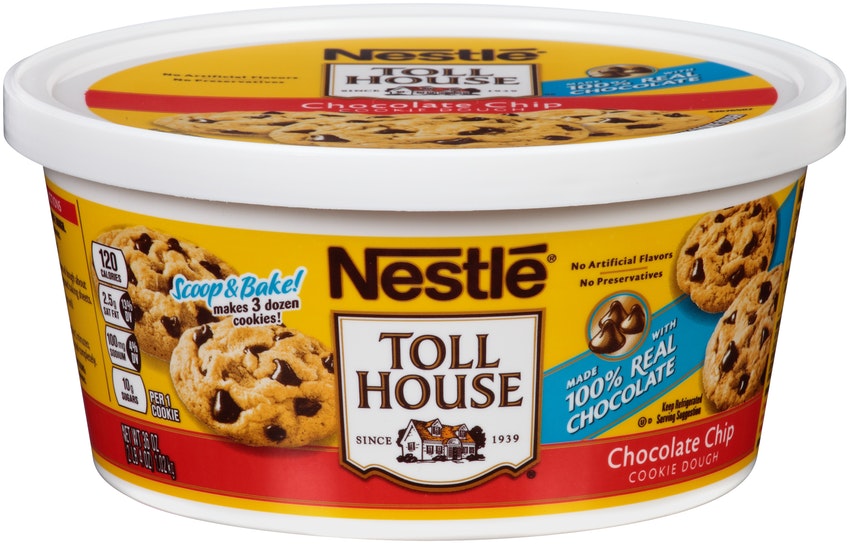 The multinational food and drink company Nestle is the most valuable brand in Switzerland, according to Brand Finance’s 2018 report.

It is also one of the best-known Swiss brands in the world. So are Nestle’s products. The international brand of seasonings Maggi, produced by Nestle, is the world’s third most sold consumer brand, according to Kantar Worldpanel’s Brand Footprint 2018 report. Nescafe is another world famous Swiss brand produced by Nestle.

Needless to say, Switzerland has many more iconic brands, such as global luxury watch brand Rolex or chocolate brand Cailler. 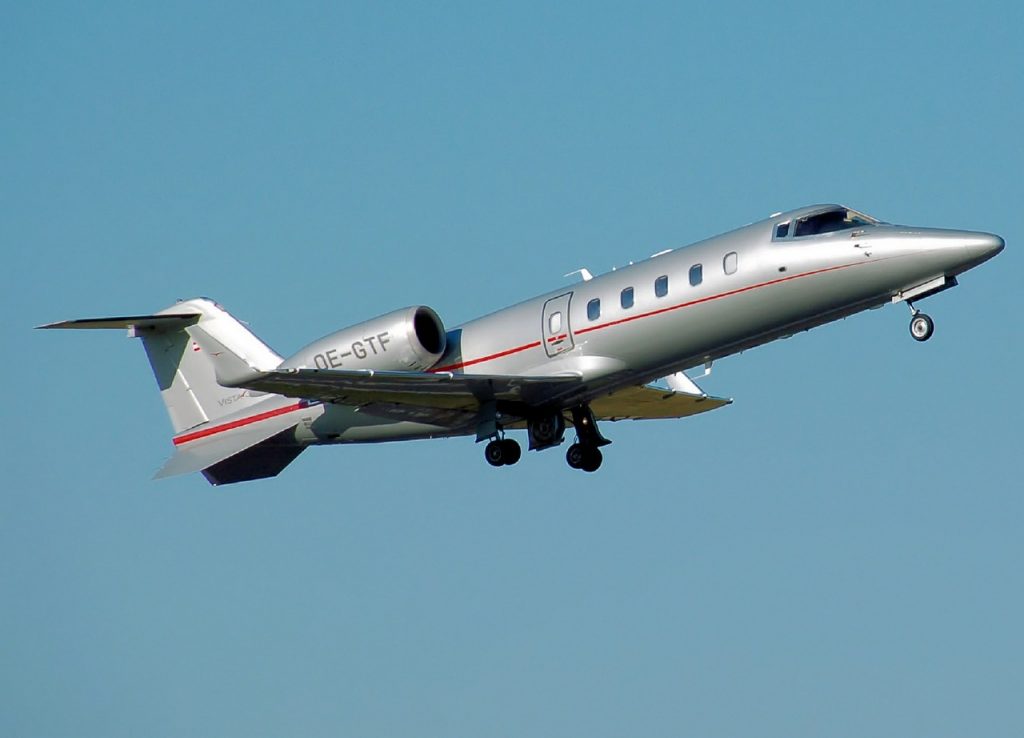 Founded as a snowmobile producer in the 1940s, now Bombardier Inc. is one of the world’s leading manufacturers of aircraft and trains. In 2017 the manufacturer had revenues of $16.2 billion (€14.3 billion).

In 2018 Bombardier Inc. has launched the largest luxury business jetliner Global 7500. The company predicts the luxury jetliner will boost group’s sales by an average of 10 percent each year.

Nevertheless, the past few years haven’t been the best for the Canadian manufacturer. A debt-laden company announced cutting 5,000 jobs company-wide as part of restructuring plan. 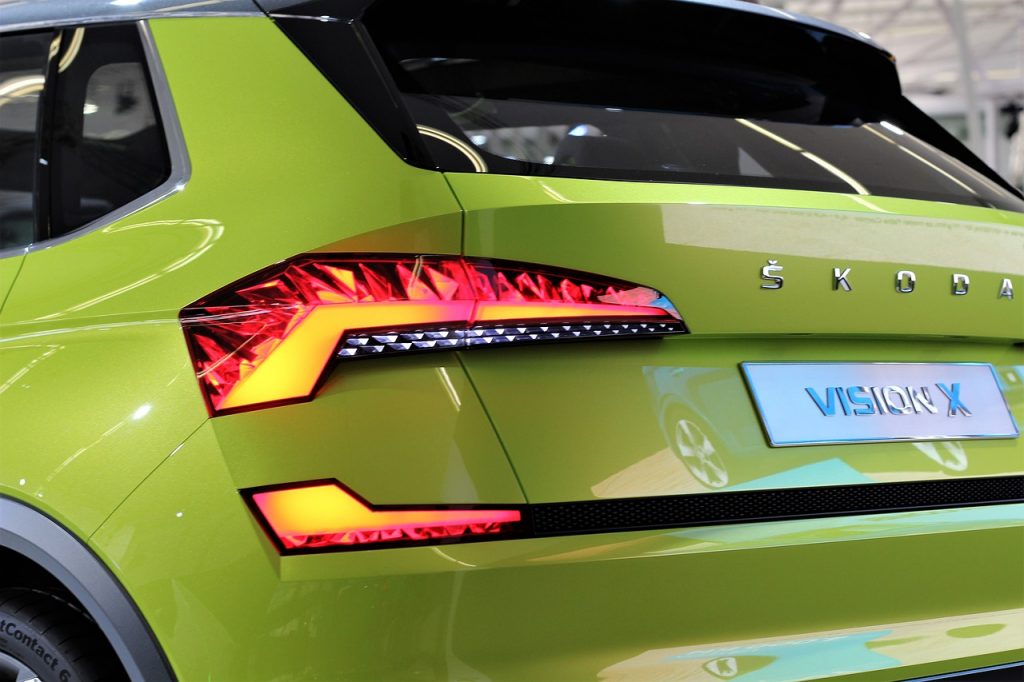 Škoda is the most internationally recognized Czech brand founded in 1895. Škoda automobiles are sold in more than 100 countries around the world. Škoda’s main markets are China, Germany, Czech Republic, Great Britain, and Poland.

2017 was the best year in Škoda’s history as the carmaker sold 1.2 million vehicles and set a new sales record.

However, Škoda is not the Czech brand anymore. In 2000 the company was bought by the German multinational automotive manufacturing company Volkswagen (VW) Group. 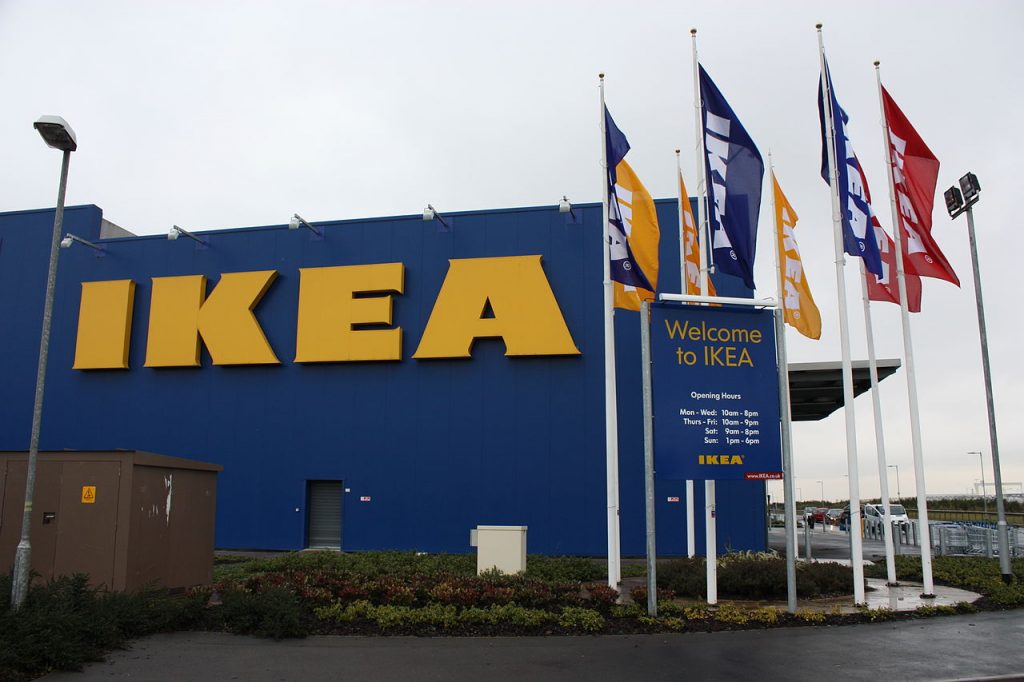 The world’s largest furniture retailer IKEA was founded in Sweden in the 1940s by Ingvar Kamprad. Like many other brands that became leaders, IKEA revolutionized the market by introducing flat-pack furniture that customers have to assemble on their own.

H&M, a multinational clothing-retail company, is another Sweden’s flagship brand, that has been expanded to 71 markets.

What is more, Sweden is home for rising stars too. Founded only a decade ago, the Swedish music streaming platform Spotify has already made it to the newest Interbrand’s list of top 100 Best Global Brands. Spotify was ranked 92. 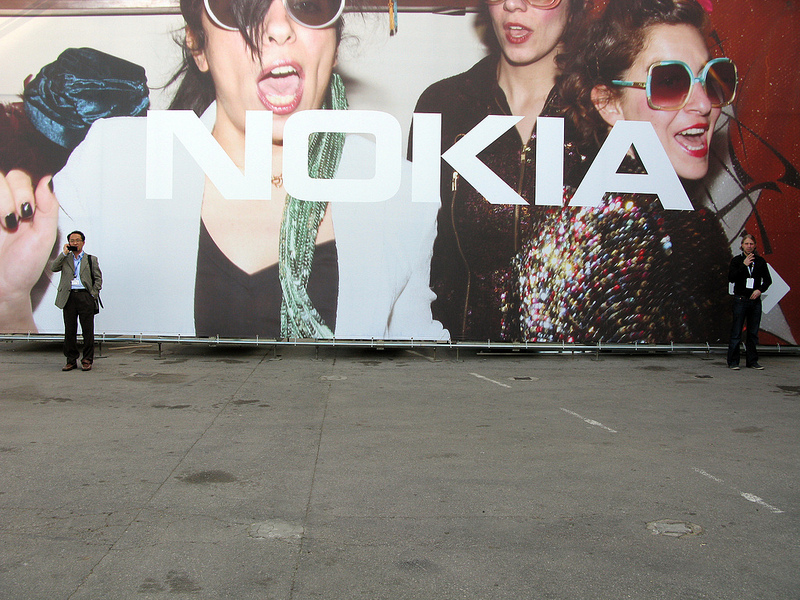 Once the fifth world’s most valuable brand, a mobile phone company Nokia has been a Finns’ source of national pride. Although it didn’t make it to the top 100 in 2018, Nokia still remains the best-known Finnish brand.

Nokia was a dominant force in a mobile phone market for years but lost it due to its inability to understand the changing consumer preferences, such as a touchscreen introduced by the first Apple’s iPhone in 2007. 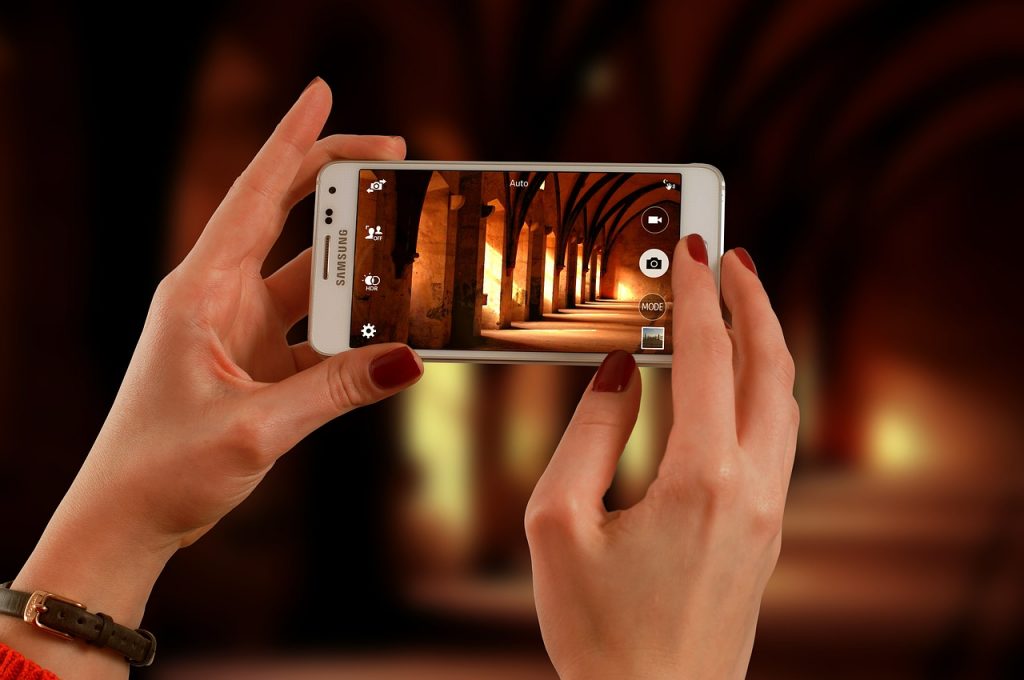 Samsung is the most valuable Korean brand, according to the Interbrand’s report Best Global Brands. Additionally, Koreans founded many famous car brands, like Hyundai and Kia. 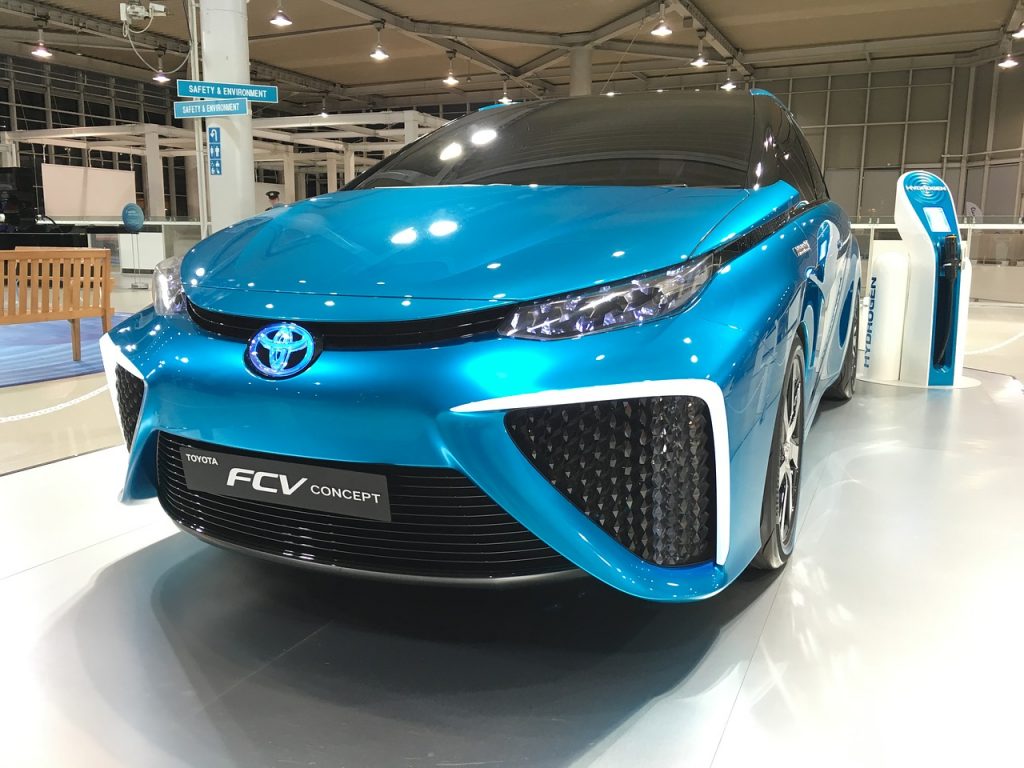 Japan is best known for cars and electronic devices. Honda, Nissan, and Subaru are iconic car brands. But when it comes to electronic devices, Canon, Sony, Panasonic have been the flagships of Japan for many years.

New global Japanese brands have been emerging too. In the past few years, the popularity of the video game brand Nintendo has been increasingly growing around the world. 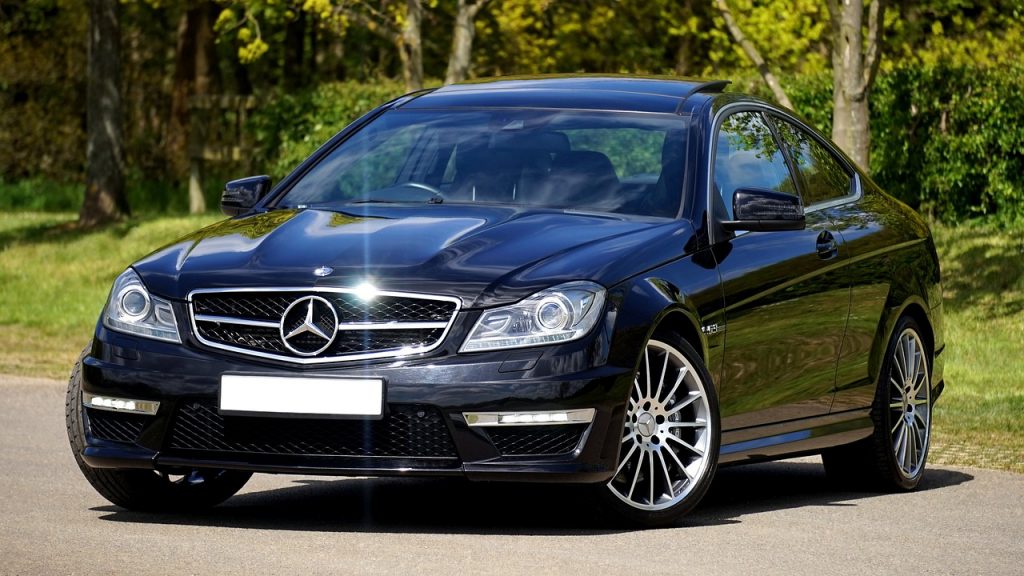 As the country with world’s best manufacturer reputation, Germany is home to numerous global brands.

According to the Interbrand’s Best Global Brands ranking, the automobile brand Mercedes-Benz is the most valuable brand in Germany. However, VW, BMW, Audi, Porsche brands are as much globally appreciated as Mercedes-Benz.

Germany has also gained its international glory, thanks to its engineering and electronics brands, including Siemens and Bosch. 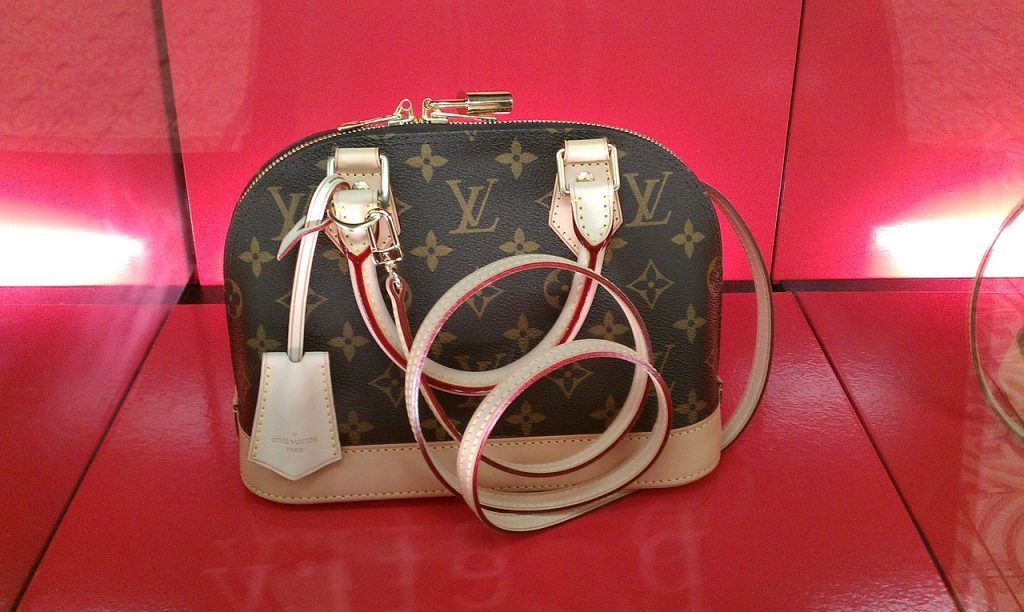 Contrary to Germany, which is the best known for engineering products, France’s name is associated with luxury fashion and beauty products.

Louis Vuitton is the most valuable France’s brand, followed by Chanel, Cartier, and Dior, according to the Interbrand’s report.

However, France also has world-famous engineering brands, including the car brand Renault, the aircraft manufacturer Airbus, and the tire brand Michelin.

The French yogurt brand Danone and the cognac brand Hennessy are also worth mentioning. 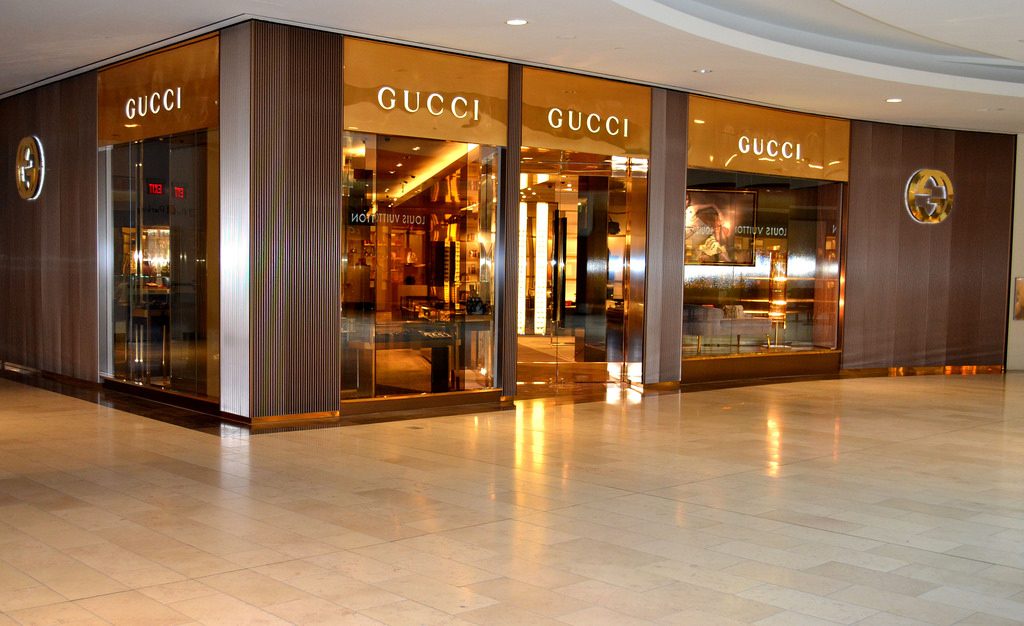 Similarly to France, Italy has been known worldwide for its fashion products.

Gucci and Prada have been the flagships of Italy, as well as the luxury car brand Ferrari.

What is more, world-famous chocolate cream Nutella is also owned and made by Italians.