The world’s most polluted and the cleanest capitals 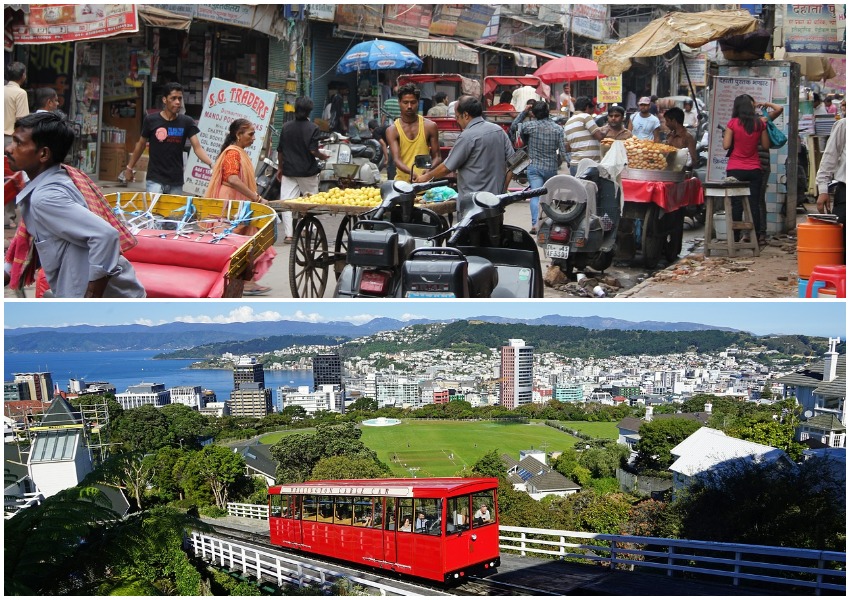 Delhi (top photo) is the world’s most polluted capital, while Wellington is one of the cleanest Photo courtesy of Pixabay

Delhi (India) tops the list of the world’s most polluted capitals, while Wellington (New Zealand) and Ottawa (Canada) rank as the cleanest.

Kabul (Afghanistan) took the 3rd position in the list of the most polluted capitals, followed by Manama (Bahrain), Ulaanbaatar (Mongolia), and Kuwait City (Kuwait).

The air quality was named as unhealthy in all these capitals, meaning that it increased the risk of heart and lungs diseases among the general public.

Among the other Asian and Middle Eastern cities that dominate the list are Kathmandu (Nepal), Beijing (China), Abu Dhabi (UAE), and Jakarta (Indonesia).

The world's most polluted capitals

According to the report, the polluted air is the world’s 4th leading contributing cause of early deaths. Air pollution estimated to contribute to 7 million premature deaths every year.

The report measures capitals according to the traces of PM2.5 – tiny particles widely regarded as the pollutant with the most health impact of all commonly measured air pollutants. Vehicle engines, industry, wood and coal burning are the most common sources of this pollutant.

While Asian and Middle Eastern cities dominate the list of the world’s most polluted capitals, North American and European cities stand out as the cleanest.

When it comes to the beauty of nature, very few countries can match New Zealand and Canada. Now, both of these countries can be proud of one more thing – good air quality. Wellington (New Zealand) and Ottawa (Canada) were ranked as the cleanest of 62 regional capitals compared in this ranking.

Among the other the least polluted capitals are Stockholm (Sweden), Tallinn (Estonia), Helsinki (Finland), Oslo (Norway), Washington DC (the US), Dublin (Ireland) and Madrid (Spain).

The air quality in all these capitals met the World Health Organization’s annual exposure guideline for PM2.5.