Unemployment rate fell to a record low in many countries. What does it mean? 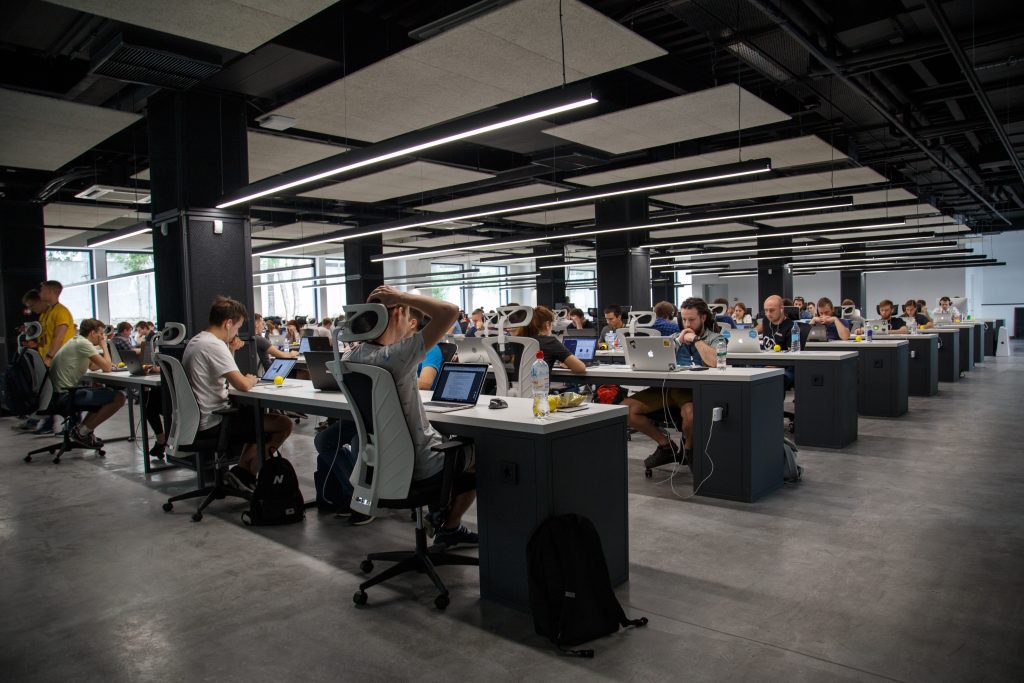 The unemployment rate is hitting its lowest level in decades in the U.S., Japan, Germany, UK and other large economies around the world. What does it mean?

3.7% of Americans in the labor force didn’t have a job in October 2018. Although it means that 6.1 million of the U.S. citizens are searching for a job, it’s the lowest unemployment rate in America since 1969. What is more, job openings rose to a record 7.14 million in August meaning that there are more vacancies than people looking for a job.

Unemployment rate in Japan is at a 27-year low

A number of world’s biggest economies are experiencing the same trend as the U.S.

Due to labor shortages, Japan’s government even consider opening up the country’s labor market to foreign workers. It’s a big step to a country which has maintained a conservative approach toward the immigration. 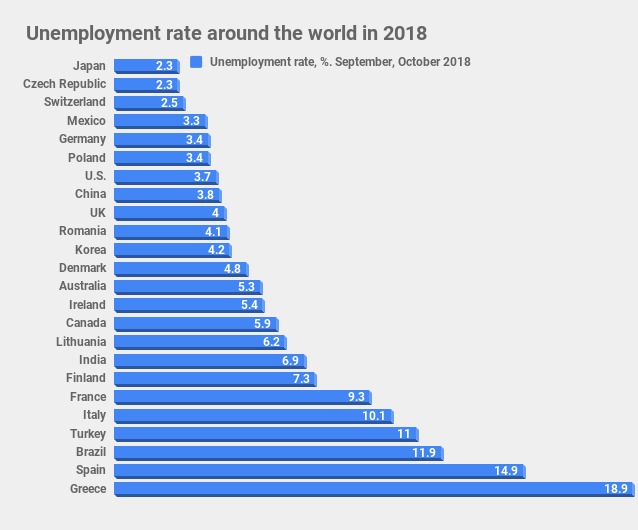 The unemployment rate in Germany, Europe’s biggest and world’s fourth-largest economy, has dropped to 3.4% – the lowest from the reunification nearly 3 decades ago.

While in the UK, the world’s fifth-largest economy, a nationwide jobless rate remains at 4%, the lowest level since 1975.

The trend has been spreading fast across Europe.

Given all these numbers, it comes as no surprise that the unemployment rate in the 28 EU member states fell to its lowest level since monthly records began 18 years ago. According to Eurostat, unemployment rate was 6.7% in September 2018.

Where is the highest unemployment rate

However, not all the developed countries are enjoying a strong labor market at the moment. Greece and Spain, two countries hit the hardest by the financial crisis in 2008, are still struggling to recover.

In Greece, the joblessness stood at 19%, in Spain at 14,9% in September 2018. These are the highest unemployment rates in the EU.

In Brazil, the world’s ninth-largest economy, the unemployment rate was 11.9% as a result of the worst in history economic recession that hit the country in 2015-2016.

The unemployment rate at a record low usually means that the wage growth is also starting to pick up. However, a tight labor market is the reason to be optimistic for employees but not economists.

Economists are pointing out that the strong job market might indicate that a recession is coming.

According to Colombo, this time the 4% U.S. unemployment rate is occurring as a result of what he calls the “Everything Bubble” or a bubble that is inflating in a wide range of global assets and sectors as a result of incredibly stimulative central bank policies since the Great Recession.

“Essentially, the “Everything Bubble” is artificially boosting the U.S. economy and financial markets, which is leading to a jobs boom. Unfortunately, this boom is smoke and mirrors and will end in another crisis when the cycle inevitably turns”, writes Colombo.

Economists in Europe are worried too. Germany’s international broadcaster Deutsche Welle notices the first signs of an overheating economy as annual consumer price is surging. It predicts that an increasingly tight labor market and low interest rates are likely to boost inflation in the months ahead.

The boom and bust cycle is inevitable in today’s economy. However, whether employees will benefit from the strong labor market for months or years, no one can tell exactly.