From Thailand to France: the most common travel scams around the world 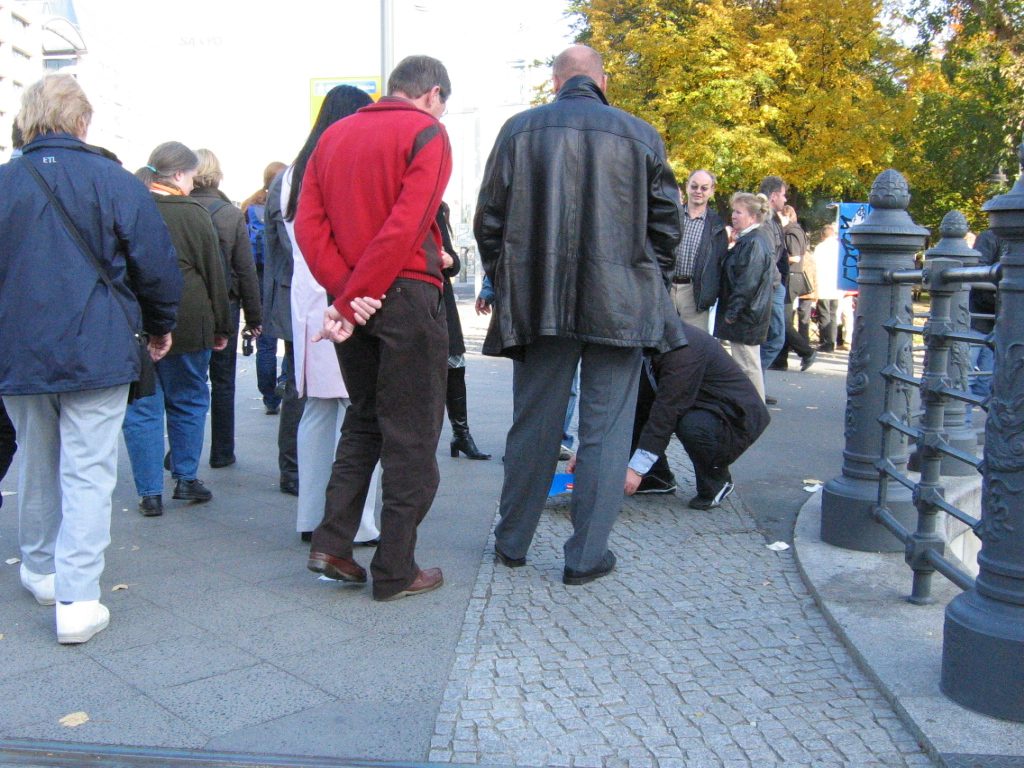 Street scammers can be seen in all popular countries for tourism. Photo courtesy of Scott Moore/Flickr

Here are the most popular travel scams in 6 countries that are among top tourist destinations.

When it comes to travel scams, they can embitter anybody’s vacation. Even if you didn’t lose a fortune, the feeling that you were deceived by local people might leave you with a bad impression of the entire country. Scammers aren’t something common to one region or one continent. Every country has its share of travel scams. From Asia to Europe, from South America to Africa scammers are waiting for their relaxed victims.

Here is the list of the most common scams to avoid while traveling in popular tourist destinations. 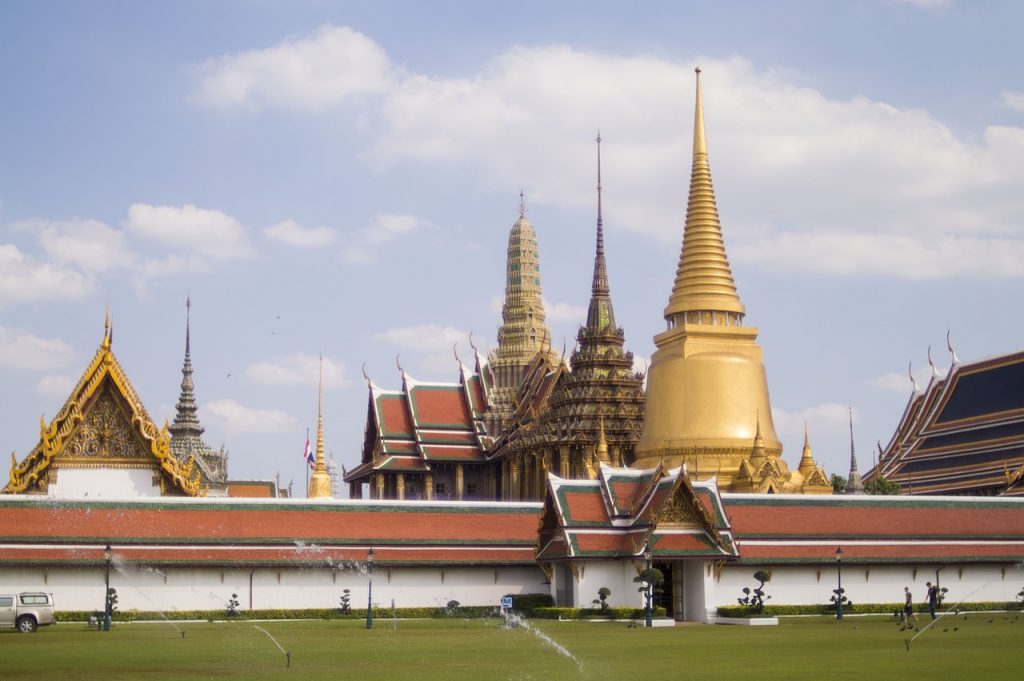 Scammers are waiting for their victims near the Grand Palace’s gates in Thailand. Photo courtesy of Pixabay

Almost all tourists who are visiting the capital of Thailand, Bangkok, are tempted to see the magnificent Grand Palace. But, if you are not vigilant, most likely, you’ll be prevented from getting there the first time.

A man wearing a badge often approaches travelers near one of the gates and introduces himself as a Palace’s guide. He informs that the Palace is closed and will be open only the next day. Many tourists believe the “guide” because the official Palace’s guards standing by the gate won’t let any tourist in.

As the alternative to a visit to the Grand Palace, a “guide” offers a cheap ride by a tuk-tuk to see an impressive temple or a reclining Buddha which, according to him, is the largest and the most interesting statue in Bangkok.

It’s a common travel scam as the Grand Palace, most likely, is open. The scammers can easily fool tourists because foreign tourists can use only the main entrance to get into the palace. Unfortunately, a lot of tourists fall for this scam, in the best scenario losing several hours in expensive local jewelry shops where these scammers take them for their fat commission; in the worst scenario, missing the possibility to see the Grand Palace if it’s their last day in Bangkok. 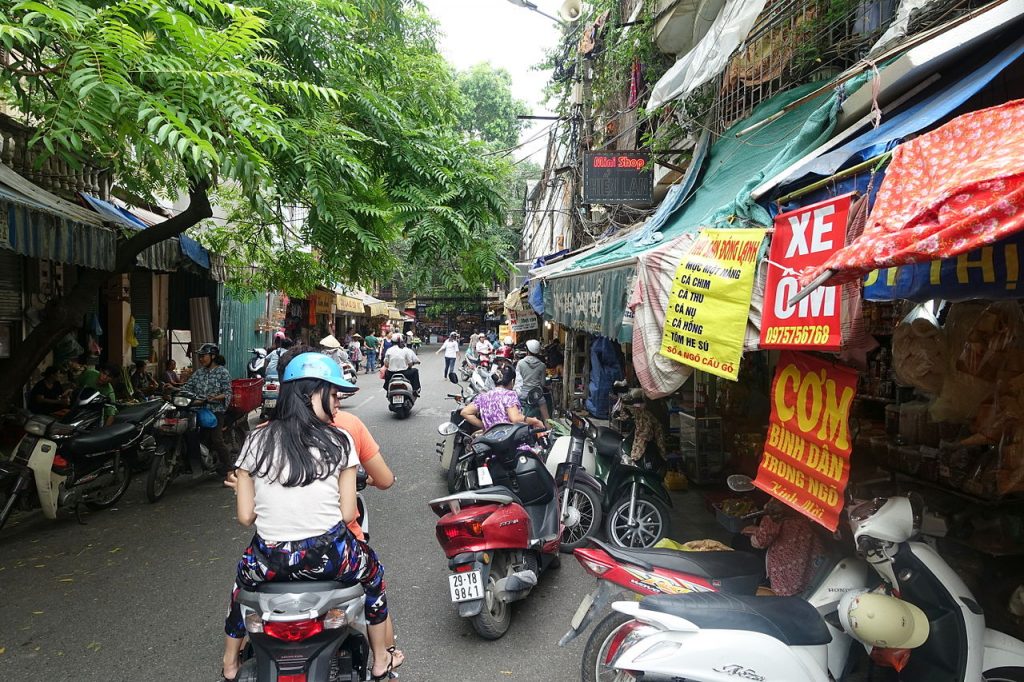 It’s difficult to find a hotel you are looking for in Hanoi. Photo courtesy of Daderot/Wikimedia Commons

If you choose a popular hotel in advance, you’ll be surprised once you get to Hanoi. You’ll spot dozens of hotels with the same name on your way and couple more in the same street where the original hotel should be located. It’s difficult to orientate yourself in the narrow streets of Hanoi, especially in the center, so the chances are that you won’t find the particular hotel at all. Especially, if you are not familiar with such type of scam.

When a hotel becomes popular in Hanoi, others simply copy its name. It is often the case with hotels or tourism agencies mentioned in popular travel guides, such as “Lonely Planet”. Tourists that end up in a rogue hotel wonder why a reliable travel guide would recommend such a bad place until they accidentally bump into the original hotel the next day. 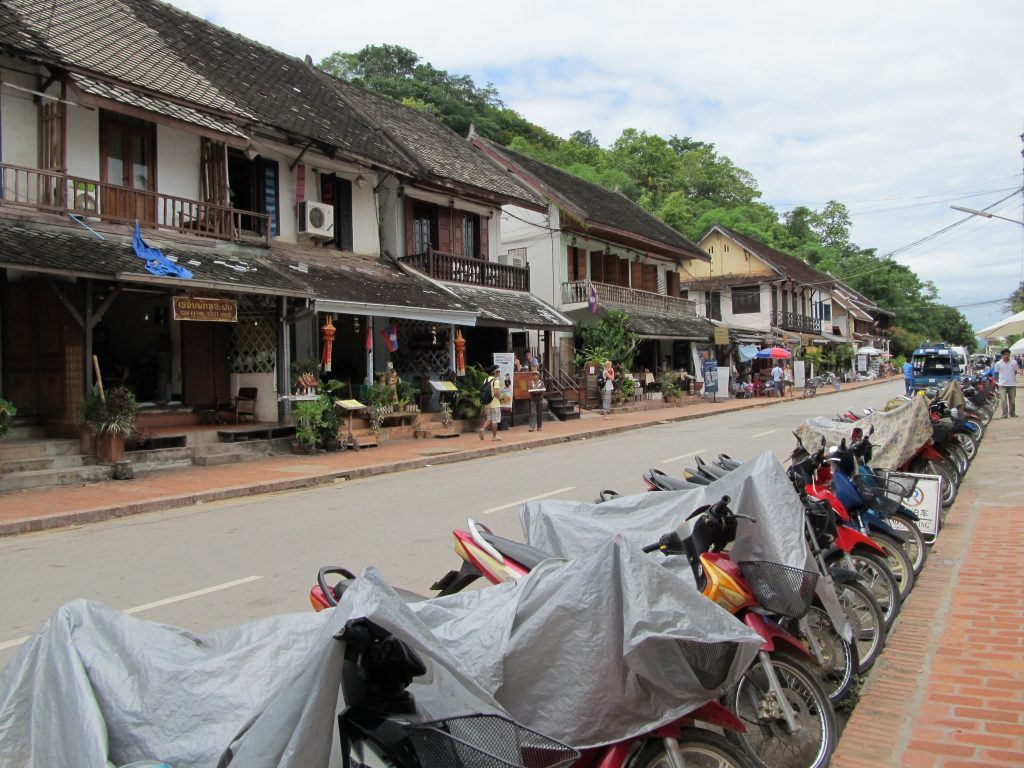 Remain vigilant if you come to Luang Prabang by boat. Photo: Jurgita Simeleviciene

Travelers who reach Luang Prabang by boat, one of the most touristic cities in Laos, should be ready. Shortly after a boat disembarks at the foot of a steep hill near the city, a local guy shows up on the shore, talks with a boat‘s crew, grabs your belongings from a boat and begins to climb into the steep hill. It‘s a short, but exhausting walk so nobody will help you out of the blue. You‘ll be asked to pay for the service on the top of the hill. And it won‘t be a dollar.

If you book a tour to the Great wall in one of the numerous Beijing travel agencies, instead of spending the whole day on the Great Wall you might end up having just a short walk on the wall and a long shopping tour stopping at overpriced silk, pottery or jewelry shops. It is recommended to read carefully the tour’s itinerary as enforced shopping stops are presented as a great opportunity to see how the silk or jewelry are made. However, some reliable agencies offer tours without shopping stops.

On top of that, the price of every souvenir sold on streets in China is 10 times higher than the real one so prepare to negotiate hard. Actually, expect to be tricked everywhere when you are visiting China as scammers are very creative in this country.

There is a big chance that while visiting the most famous Paris landmarks, you‘ll be approached by a person who will ask you to sign a petition. If you do that, you‘ll be aggressively asked to make a donation. Or the worst scenario, you could be pickpocketed. 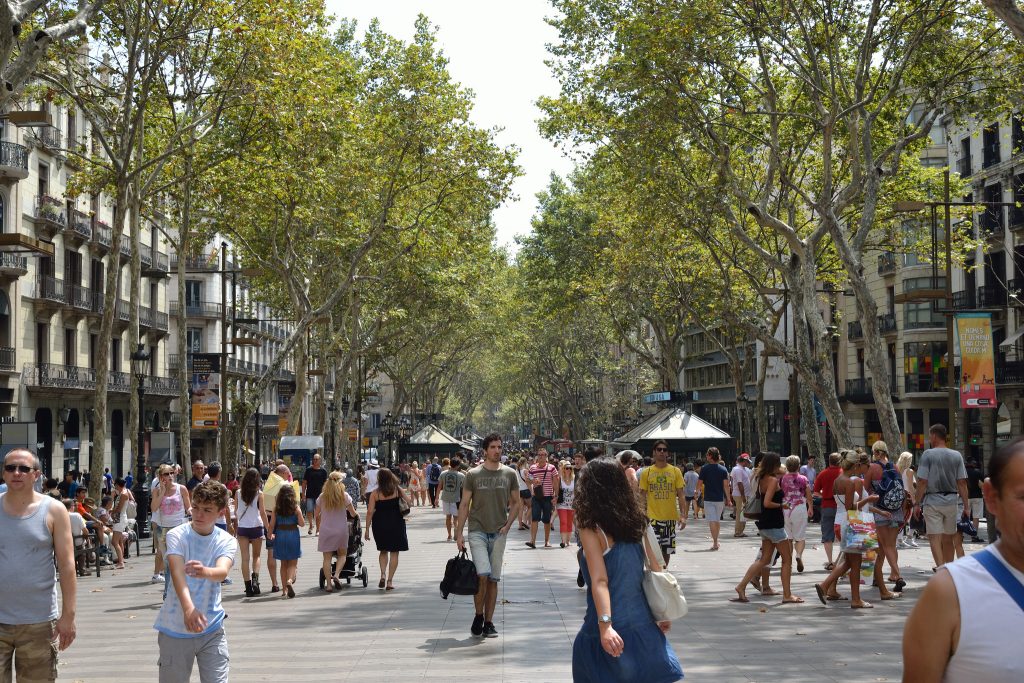 Las Ramblas pedestrian boulevard is not only the heart of Barcelona but also a hot spot for pickpockets. Usually, the scammers are looking for victims that don’t recognize their tricks. For instance, a woman can offer you a flower, but if you take it, she‘ll demand money while her accomplice will dig into your bag. Or you can easily part with your wallet while watching one of a dozen street performers.

You can expect to encounter all kind of scams in Barcelona as this lovely city, unfortunately, is named world‘s pickpocket capital. 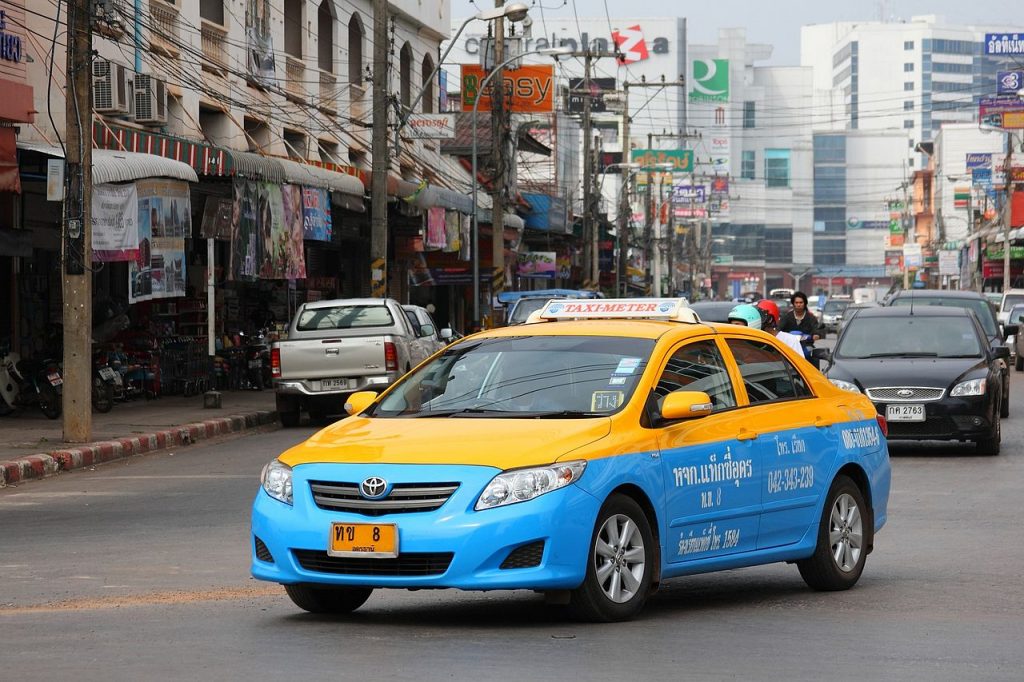 When you are dealing with taxi drivers, especially, stopped on the street, it’s better to be alert everywhere, no matter the country. Taxi drivers are infamous for overcharging tourists almost everywhere in the world. Without realizing it himself a foreign tourist might be taken to the city tour while trying to reach his hotel from the airport and pay at least three times the normal price.

Another very popular scam in numerous countries is when taxi drivers inform tourists that the hotel they chose is full and offer a ride to another one.

Always count your change in China, as taxi drivers are known for the cheating. Make sure you‘ll have plenty of small coins when you are taking a taxi in Bangkok, Thailand. Most likely, they‘ll tell you they don‘t have any change.

Finally, if you don’t want to be overcharged while taking a taxi ride, no matter the country, always insist that a taxi driver turn on a meter or, if it’s not possible, negotiate a price in advance.