Famous brands that are called differently in different countries

The same colors, the same logo, even the same slogan, but a different name. Why some of worldwide known international brands go under the different name in foreign markets?

This case is not so unusual as there are many more examples when famous international brands are known differently in different countries.

While some of them come up with a new brand name because theirs is already taken, others look for another name in order to adapt to the foreign market by translating it to the local language, like surface cleaners “Mr. Clean” and “Mr. Propre” or just use an established brand after acquiring a local business like potato chips “Lay’s” and “Smith’s”. The latter reason has been widely used by big companies like “Unilever” or “Procter&Gamble” that own many famous international brands. On top of that, companies sometimes have to change the brand name as it has a different meaning in a foreign language. For example the brand name “Vicks” was changed in the German-speaking countries because of sexual connotations in the German language.

Here are more famous brands that go by different names in foreign markets.

”Knorr”, a brand of stock cubes and dried soups, produced by “Unilever” is well known in Europe, but all the efforts to find it in Indonesia would be in vain as it is called “Royco” there. In Australia it goes under the brand name “Continental”. 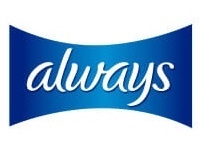 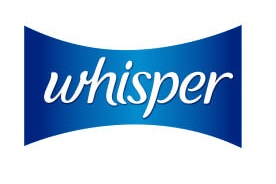 “Always” brand for feminine hygiene products may be the flagship of “Procter&Gamble” company, but in some countries people never heard of it. “Always” which is popular in Europe and the US is sold under the name “Whisper” in Asia. However, a petition on www.change.org was started last year asking to change sanitary napkin brand name “Whisper” which, according to the petition authors, suggests that menstruation is a shameful secret. 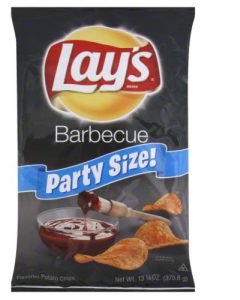 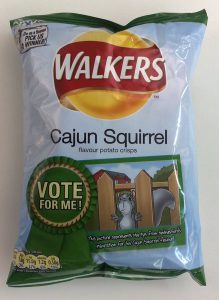 Although loved in the US and Europe, potato chips “Lay’s” is hard to find in the other parts of the world as it is called differently in different countries. In the UK “Lay’s” is known as “Walkers”, in Australia it goes under “Smith’s” brand, in Mexico it is called “Sabritas” whereas in Israel “Tapuchips”. The name differs from country to country as “Lay’s” producer “PepsiCo” use the local name after acquiring the local business. 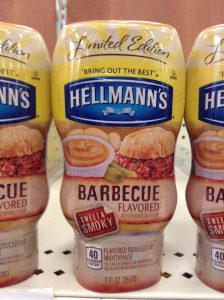 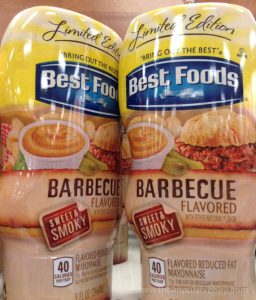 The same strategy is used by the “Unilever”, that has some of the best known brands in the world. “Hellmann’s” mayonnaise is a widely known brand in Europe, but it is called “Best Foods” in some parts of the US.  “Best Foods” and “Hellmann’s” may not share the same name, but they share the same taste, logos and slogan “Bring out the best”. After “Best Food” bought “Helmann’s” company in 1932, it didn’t want to lose the loyal clients so it just left the local brand. 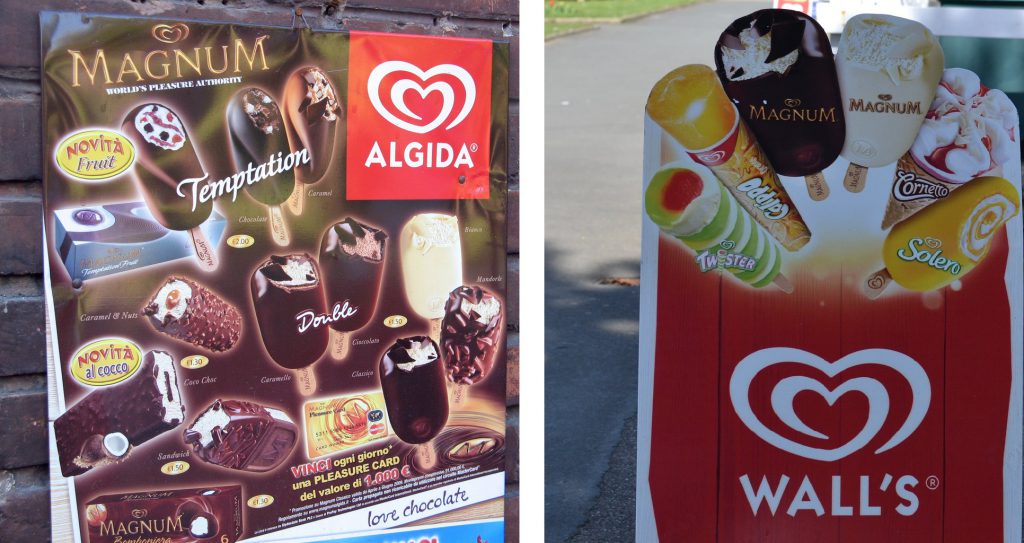 The same is true with Heartbrand family of ice creams that also go under variety of different local names as “Unilever” uses the recognizable brands after acquiring a local business. These ice creams are sold in more than 40 countries and is called “Algida” in Italy, Greece, Poland, Turkey and some other countries, “Frigo” – in Spain, “Good humor” – in US, “Ola” – in Belgium, Netherlands, South Africa, “Frisko” – in Denmark, “Kibon” – in Brazil, “Wall’s” – in the UK, “Eskimo” – in Austria, “Streets” in Australia. 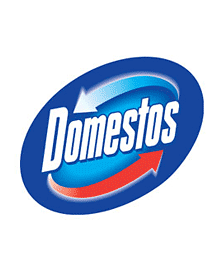 “Unilever” company has many more similar examples. Household cleaning products “Domestos” is called “Vim” in Vietnam, Argentina and Uruguay, “Glorix” in the Netherlands, “Klinex” in Greece, while it is known as “Domex” in India and the Philippines. 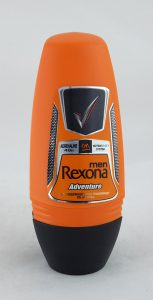 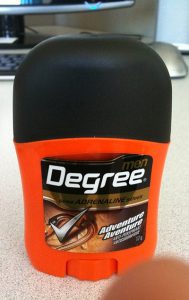 “Unilever”-owned antiperspirants and deodorants “Rexona” are called “Degree” in the US, “Sure” in the UK, Ireland and India, while it is known as “Shields” in South Africa. 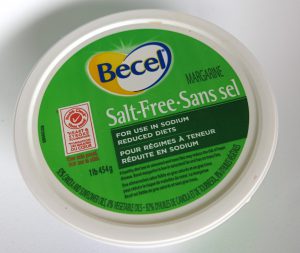 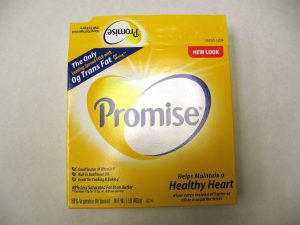 Photo courtesy of bookchen/Flickr and ilovebutter/Flickr, via Creative Commons license

Low-fat margarine known as “Becel” in Belgium goes under the name “Promise” in the US and “Flora” in the UK. 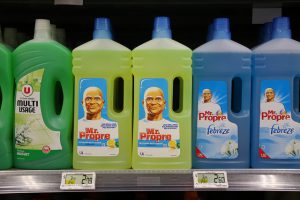 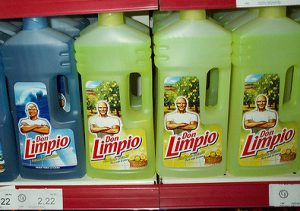 Some companies translate brand name into local languages. That is the case with “Mr Muscle”, brand for the hard surface cleaners, which is known as “Mr Musculo” in Latin America. As well as brand “Mr. Clean” is known as “Don Limpio” in Spain, “Mastro Lindo” in Italy, “Meister Proper” in Germany, “Pan Proper” in Poland or “Mr. Propre” in Belgium and France. However,  the product goes under the brand name “Flash” in the UK as “Mr. Clean” name was already taken in this market. 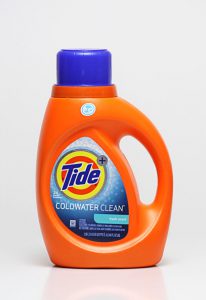 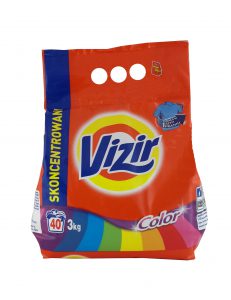 A world-famous laundry detergent “Tide” has been manufactured by “Procter&Gamble” for more than 60 years, but it’s called “Vizir” in Poland, “Ace” in Peru or “Alo” in Turkey. It’s probably hard to find a person who hasn’t heard of a laundry detergent “Ariel”, one of the best known brands of “Procter&Gamble”. “Ariel” is sold worldwide, except for Malaysia and Singapore where it is known as “Dynamo”.

“Opel” might be a very well known car brand in most of the Europe, but you won’t find it in the UK. Although it’s practically the same product like “Opel”, it is sold under the “Vauxhall” brand in Great Britain. The reason for this goes back more than 50 years when “General Motors” that owned both “Opel” and “Vauxhall” companies, decided that “Vauxhall”, which had been experiencing financial problems, will be reselling “Opel” cars. However, nowadays both brands are struggling to regain profitability, so in 2017 “General Motors” sold “Opel”/”Vauxhall” brands to French carmaker PSA.

Sometimes companies are forced to change the name of their brand due to the different meaning in the local language. “Procter&Gamble”-owned cough drops brand name “Vicks” was changed to “Wick” in German-speaking countries in order to avoid controversial meaning. Germans pronounce the letter V as F and that put the producer in an awkward situation as the word ficks is translated as sexual penetration.