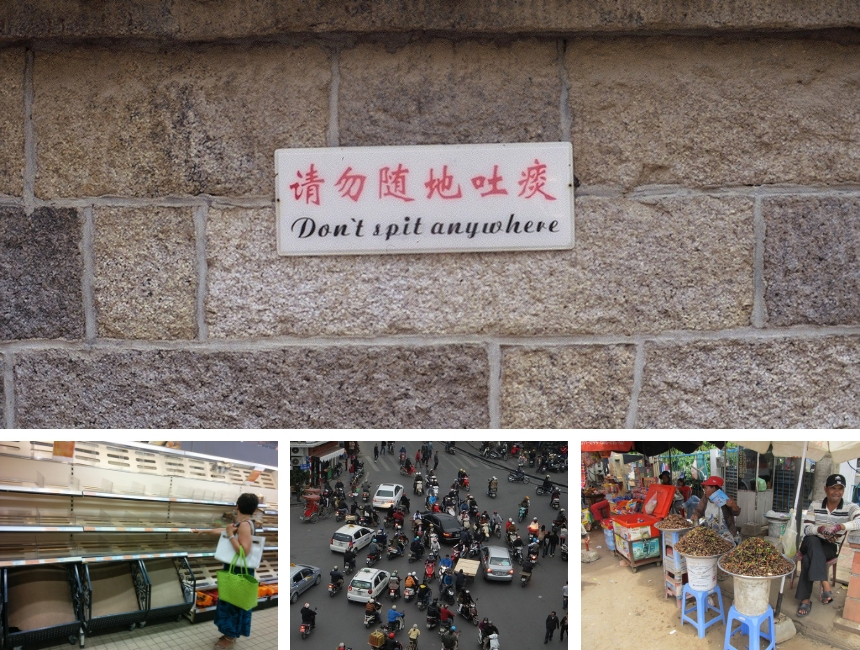 From Chinese spitting in public places to Spaniards tossing dirty napkins on a bar’s floor, here are 10 bizarre habits around the world that will leave a first-time visitor surprised.

Traveling is an overwhelming experience, which sometimes might land you in tricky situations. Especially, if you are a first-time visitor in a distant country. Some strange rules and customs might surprise you as well as make you laugh, feel uncomfortable or force you to break the law without even knowing it.

For instance, such an innocent act as chewing a gum in a public place could cost you several hundred dollars in Singapore, while such a simple task as crossing a street can be a very stressful experience in Vietnam.

Here is the list of the top 10 strangest habits and rules in different countries around the world that will surprise a first-time visitor. 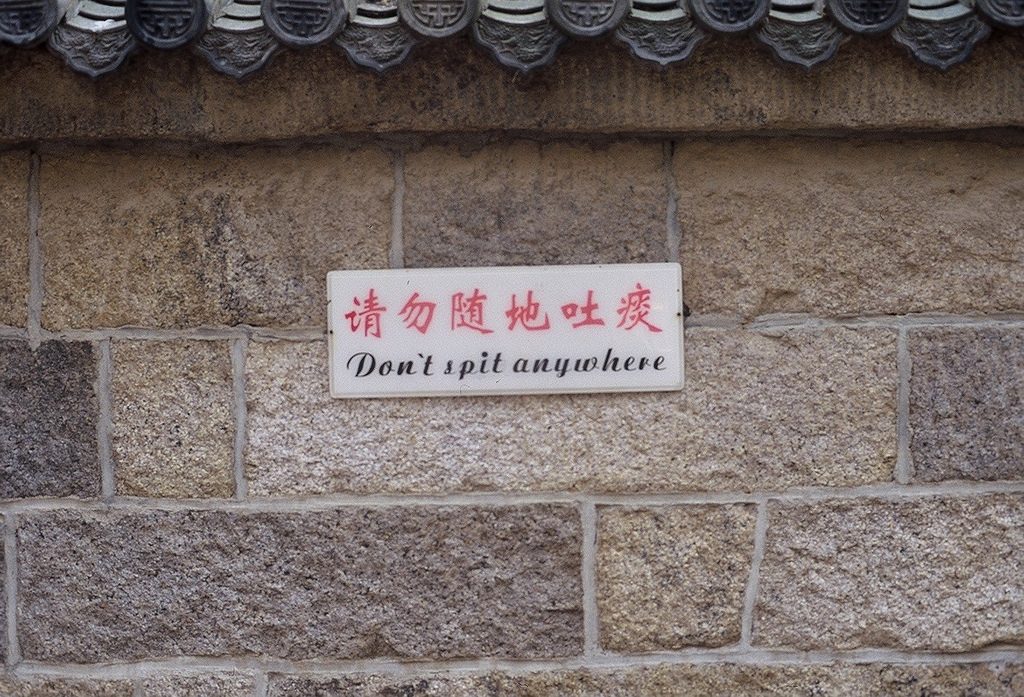 Yes, we all know it: spitting is gross. Who even does that? Unfortunately, in China, you can’t avoid seeing or hearing this disgusting habit. China is trying to force people to get rid of it, but a lot of residents still see no shame in spitting or blowing their noses everywhere.

Actually, the Chinese have many more strange habits that will surprise a first-time visitor. If you are white, tall and blond, be ready to put yourself into a celebrity’s shoes. Probably, you will be endlessly asked to pose for pictures with a bunch of local people.

2. Cambodia: fried crickets for a snack 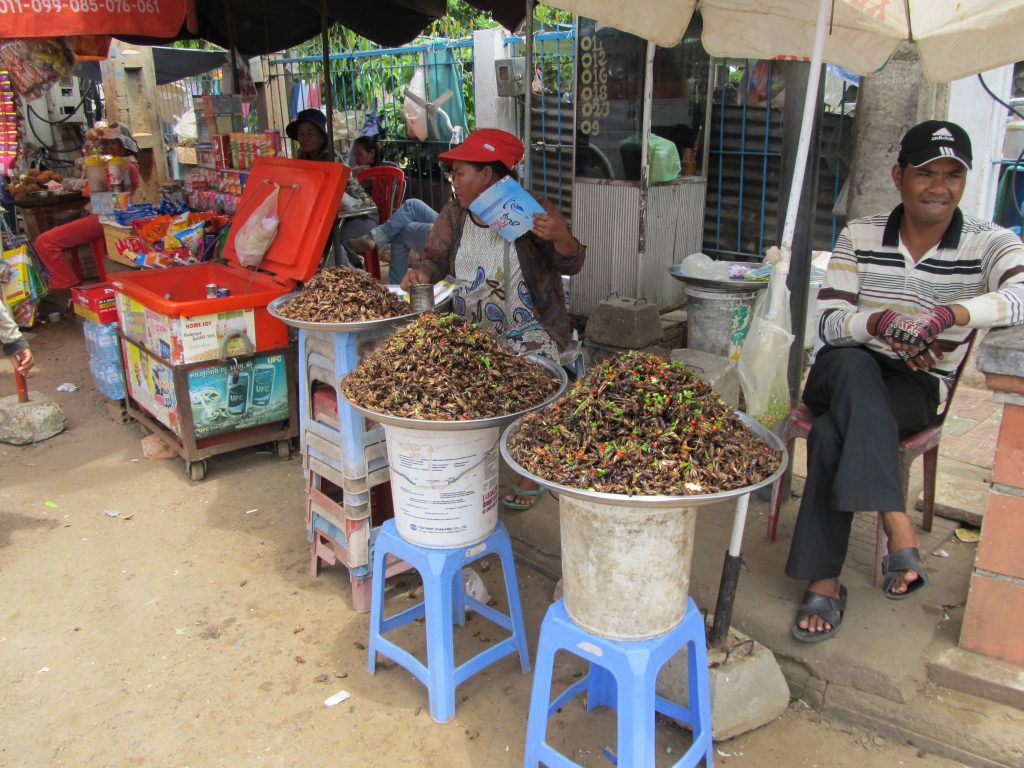 Exotic food awaits tourists in plenty of countries: from guinea pigs in Peru to scorpions or bamboo worms in China. Usually, this type of food is served in restaurants or in specialized outdoor markets.

However, in Cambodia deep-fried insects are so popular among locals that vendors sell them on the streets. It looks like they know what a great snack they are offering. It’s common to see a street vendor eating fried crickets from his cart as eagerly as if they were peanuts.

3. Vietnam: crossing the street with the help of police 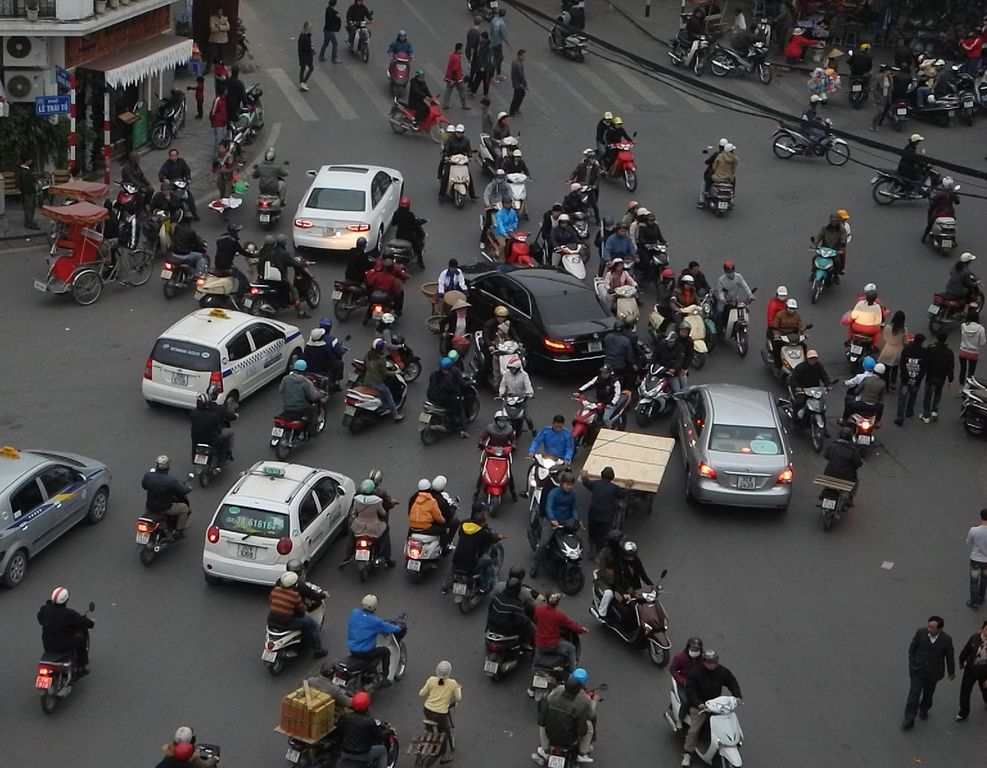 A traffic in Vietnam’s biggest cities is so insane that crossing the street might seem like a mission impossible for a first-time visitor. Hundreds of motorcycles flood streets ignoring pedestrian crossings and scared to death foreign tourists who are trying to cross the street.

If a local motorcyclist sees a pedestrian in front of him, he won’t stop. Odd as it may seem, it is customary in Vietnam to try to go around a pedestrian. A pedestrian, unfamiliar with the local method of crossing the street, could go nuts finding himself in the middle of a crazy traffic.

So what to do when you are desperate to get to the other side of the street? Look for the tourism police force. Indeed, among other tasks tourism police officers in Ho Chi Minh city help tourists to cross the street. 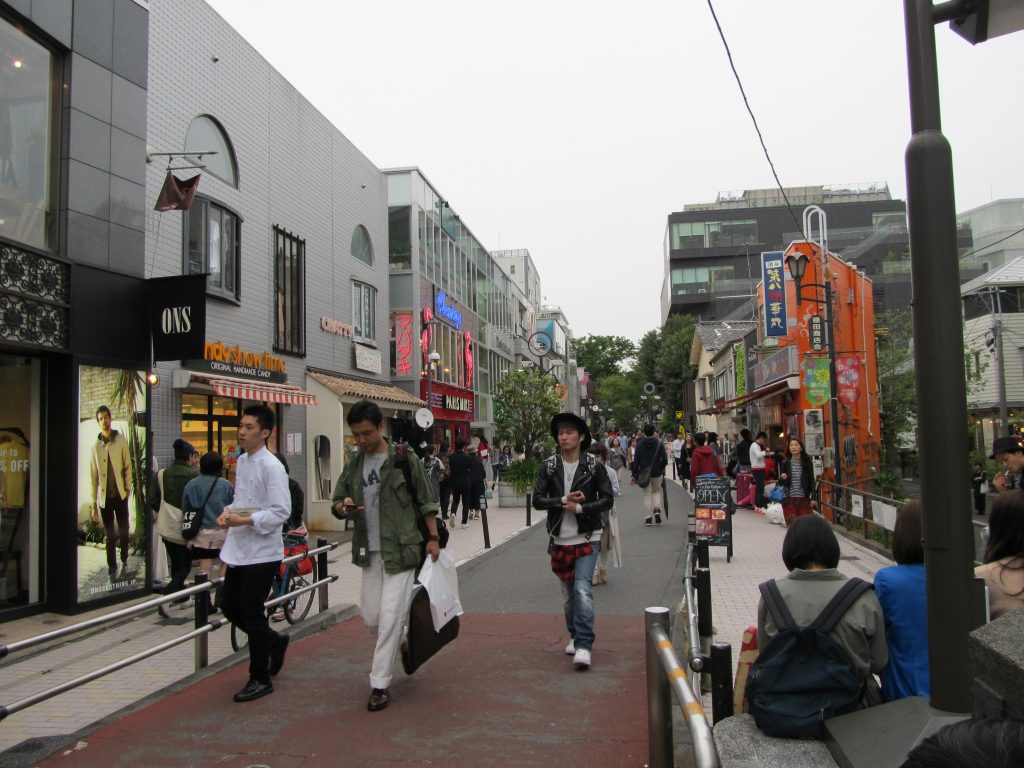 It doesn’t take long until a foreign tourist in Japan finds himself wondering where have all public trash bins disappeared. It’s hard to spot them in streets, parks, and even shopping malls, therefore, many visitors end up carrying their trash around till they get back to the hotel.

The lack of public trash cans in Japan is connected to a deadly terrorist attack in the Tokyo subway system in 1995. Aum Shinrikyo cult members used sarin gas that killed 13 people and injured more than 5,000 people who were going to work in the morning.

After this terrorist attack, the number of public trash bins was reduced as it is easy to hide a terrorist weapon in there.

Even though there are just a few public trash bins in Japan, the streets, parks and other public places are surprisingly clean in this country. 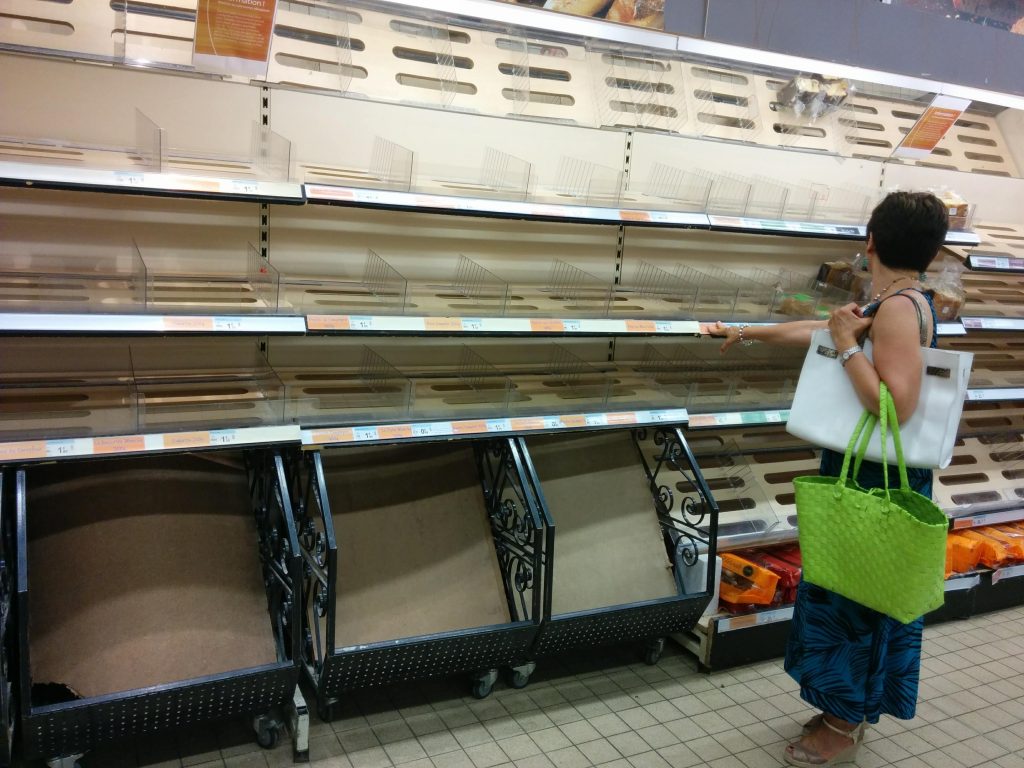 In France, the official opening hours usually mean something else than in other countries. It is, actually, when employees leave their workplace.

So if a shop or a public place closes at 8 p.m., expect to be refused service 20 minutes earlier: the fitting room in the store will be locked at 7.40-7.45 p.m., in the swimming pool you will be asked to leave the water at 7.40 p.m., fish and meat counters in a supermarket might be emptied at 7 p.m.

What is more, the fresh bread will disappear before 6 p.m., though it’s nothing to do with official business hours. A baguette, the most popular type of bread in France, is always sold out the first during the evening rush hour. 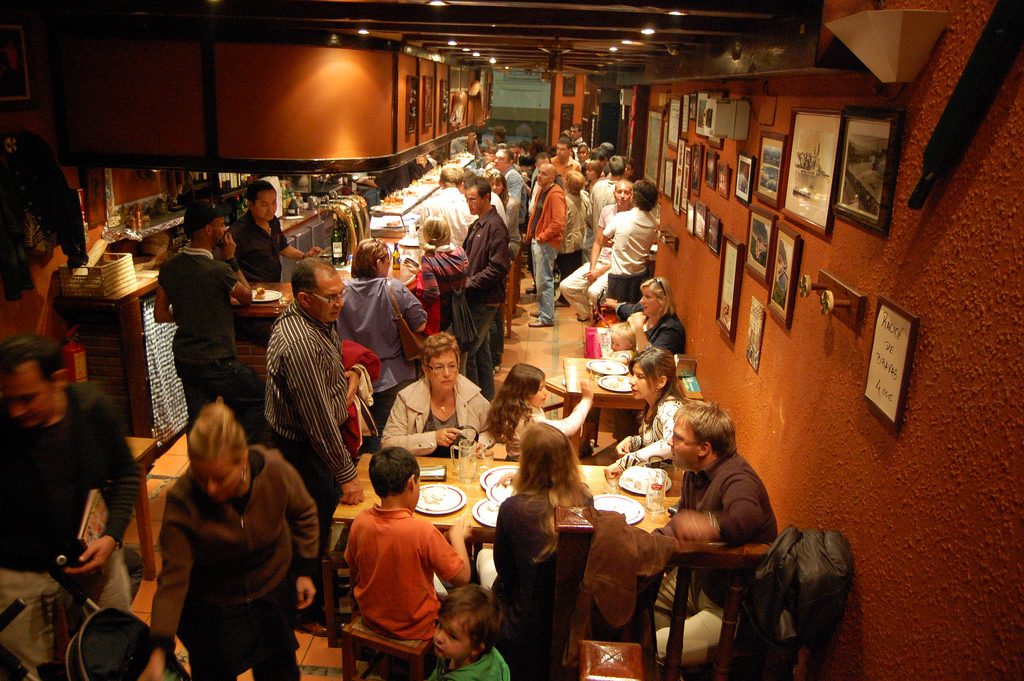 Spaniards really know how to party. There are so many bars and restaurants in every city that you’ll probably be confused about how to choose one.

As a matter of fact, there is one indicator which shows which bar or restaurant serves the better food: how clean its floor is. If the floor is covered in dirty napkins, go ahead, you won’t regret your choice.

Throwing your used napkin on the bar’s or cafe’s floor is as normal as leaving the empty glass on the table. 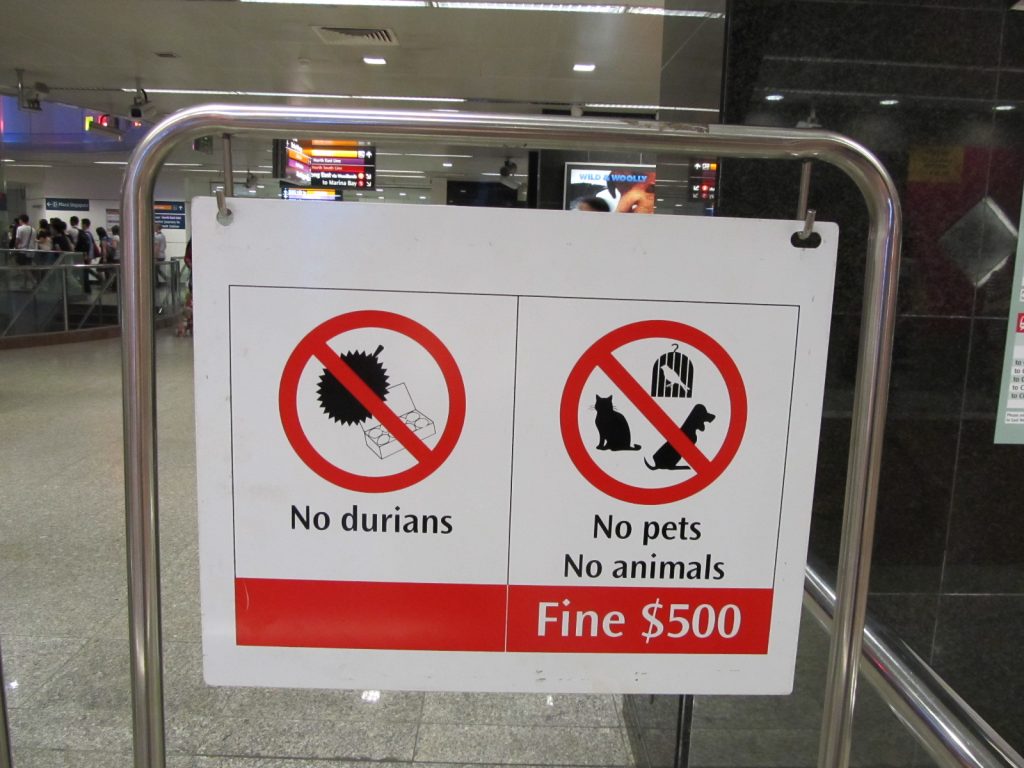 There are so many prohibitions in Singapore that sometimes you are confused about what is allowed and what is not.

If you’ll hurry into a subway station with a sandwich in your hand, it could cost you almost 360 US dollars.

You also can get a fine for carrying the stinking fruit durian into a subway, leaving a public toilet without flushing it or chewing a gum in a public place. In fact, a chewing gum is banned in this country. 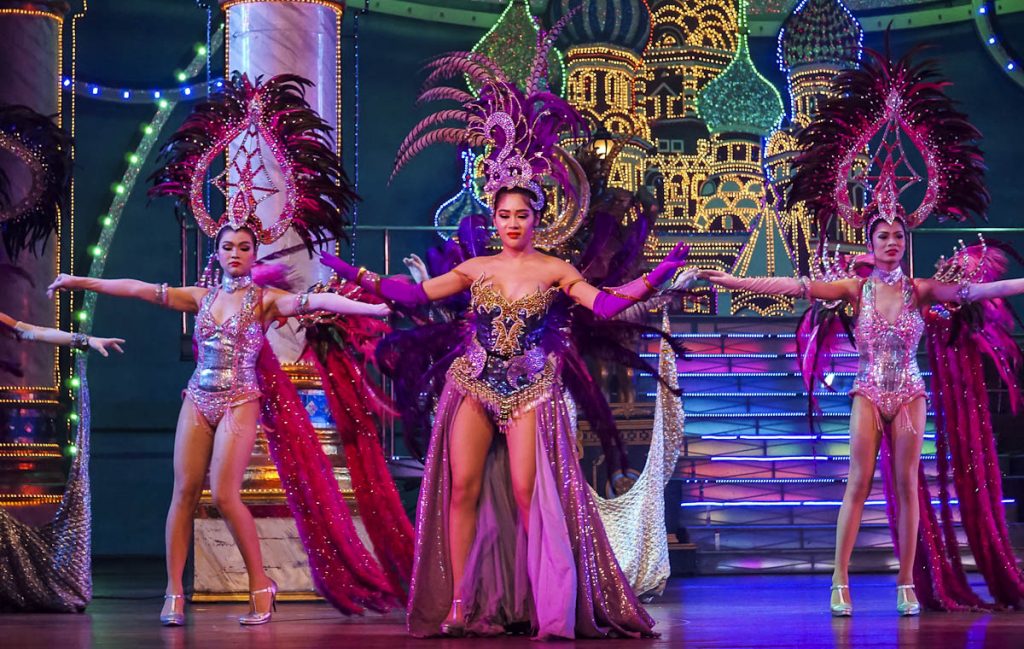 Transgender and transvestites, also called ladyboys, are very common in Thailand, especially in Bangkok. Dressed up in extravagant costumes ladyboys perform in cabaret shows or bars. However, these are not the only places to see them.

Ladyboys are well integrated into a daily Thais life: they can be often seen standing behind a counter in a shopping mall, working in a beauty salon or serving at a restaurant.

It might happen that only on the third day you’ll realize that a pretty and tall waitress at your hotel’s restaurant isn’t a traditional woman at all. 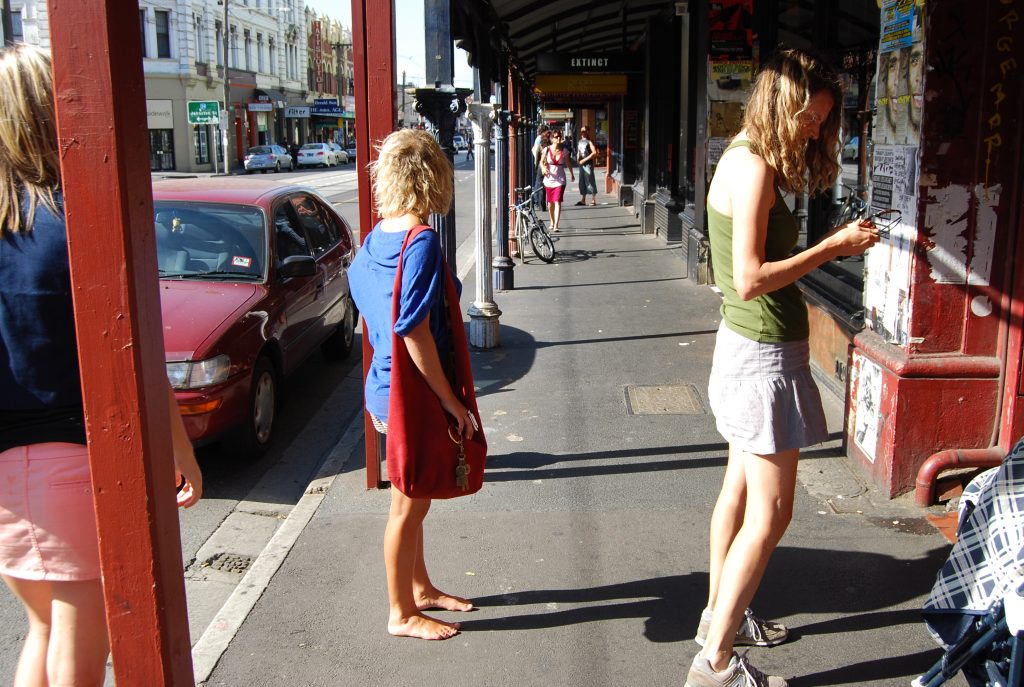 A barefoot shopper in a grocery store might surprise a foreigner, but not the locals. In small towns, Australians love to wander around without any shoes and not just on the beach. Barefoot people can be spotted in the street, cafes, local shops, and even train stations.

Australia has over 10,000 beaches, including some of the most beautiful in the world. So it comes as no surprise that Australians seem so laid back, especially, in coastal towns.

A bus is the best option to travel around Colombia. But there is one thing you should know about them in advance: it is freezing cold in there.

Regardless of the weather outside, an air-conditioner is always working at the maximum capacity. If you would like to avoid a freezing ride, take a long sleeved shirt and a sleeping bag with you.