Made by monks: from lavender oil to beer and chocolate 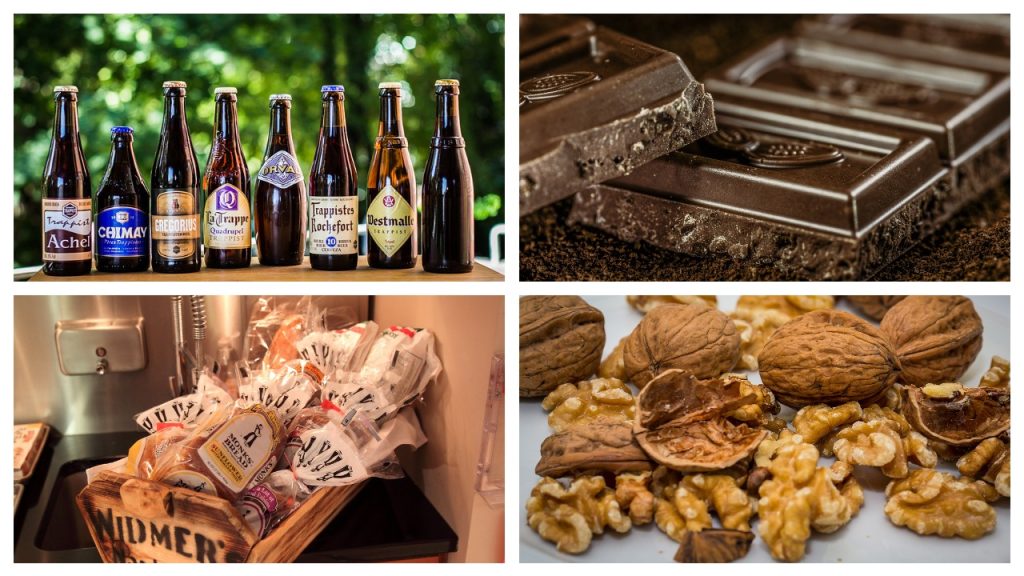 If monastic production brings to mind only rosaries and saint statues, you couldn’t be more wrong. Here are 10 marvelous things made by monks.

Since the oldest times, many monks and nuns around the world structure their day among prayer, reading, and manual work. Especially, this is the case with Benedictines and Trappists orders who follow the rule of Saint Benedict: pray and work.

By manufacturing and selling homemade products monks and nuns not only sustain themselves but also maintain their historic monasteries. Usually, monks make products by hand using ancient traditions and natural ingredients.

For centuries, monasteries around the world have developed different industries owning bakeries, breweries, wine distilleries, cheesemaking factories, and other facilities. Over the years, monasteries even created well-known brands, like world-renowned artisan Trappist beer.

Monastic products are available for purchase in monasteries’ shops, online through specialized websites selling monastery-made goods or even at traditional grocery stores. And although sometimes monks cooperate with local farmers, companies, or grocery stores to expand their sales, they do not pursue profit maximization. Many monasteries donate to charity or keep production to a minimum, trying only to cover living expenses.

Business Fondue compiled the list of products that you never thought could be made in monasteries. 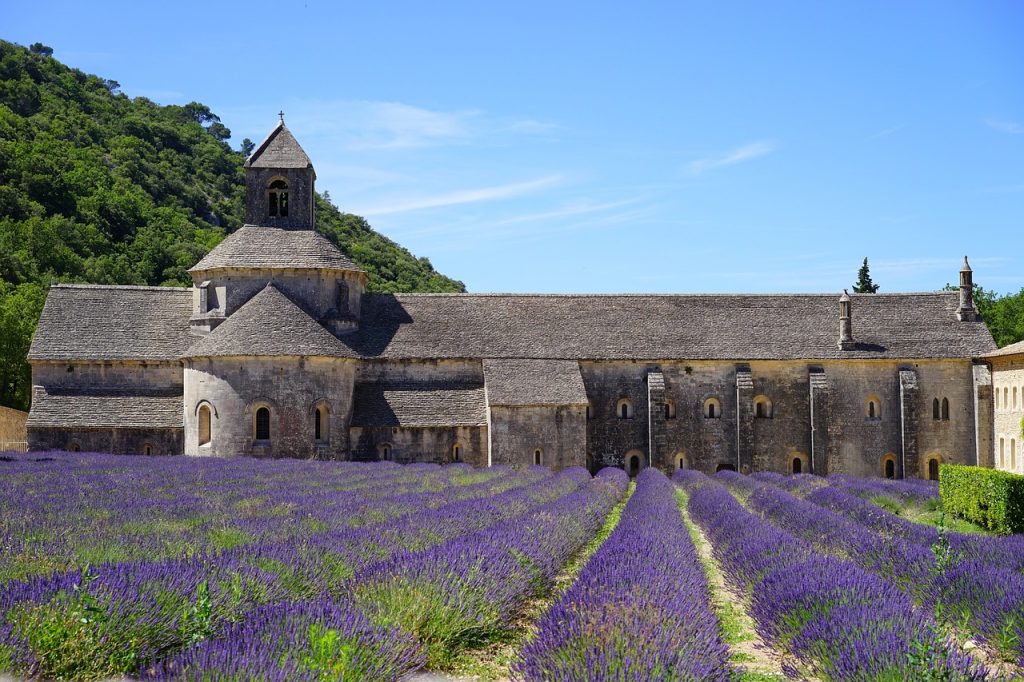 In July Sénanque Abbey becomes one of the biggest attractions in Provence, France. Surrounded by purple lavender fields and a sweet scent hanging in the air, the abbey attracts crowds looking for a postcard-perfect view.

However, the tourism is not the main purpose of lavender fields. Cistercian brothers who live in Sénanque Abbey grow lavender to produce the essential oil of lavender. Scented candles, pillow mist, shower gel, body lotions, soap, eau de Cologne and other handmade products based on the essential lavender oil are sold in a monastic shop. In addition to lavender products, monks also sell honey and olive oil.

The income from products contributes to the maintenance and restoration of the historic monastery. 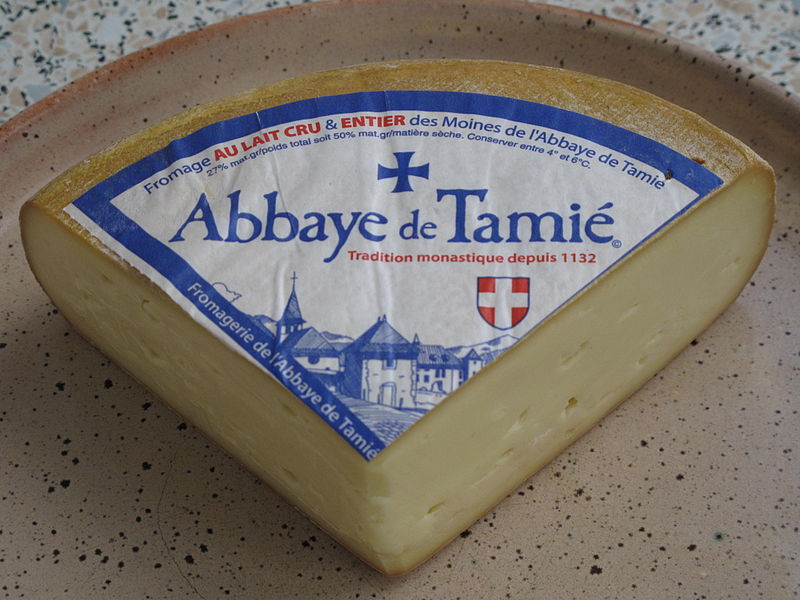 Cheese making at monasteries is an old tradition which dates back to the Middle Ages when monks and nuns manufactured milk products to feed themselves.

Today in various monasteries, artisanal cheese is a principal resource of income. The Abbey of Notre Dame de Tamie in France is one of these monasteries. A cheesemaking factory operating in a monastery produces about 400 kg (882 lbs) of soft cheese Abbaye de Tamie per day. Cheese is produced according to a monks’ recipe passed down from generation to generation.

Monks of the Abbey de Tamie collect the cow milk from eight local farms. By contrast, Benedictine brothers of the Abbey Notre Dame de Donezan grow their own cattle. The monastery is located at a height of 1,350 m (4,429 ft) from the sea level in Pyrenees, France.

20 dairy cows are fed grass, hay, while from spring the herd is out onto pasture. Monks produce cheese Tomme de Pyrenees which is sold throughout France and in local markets. 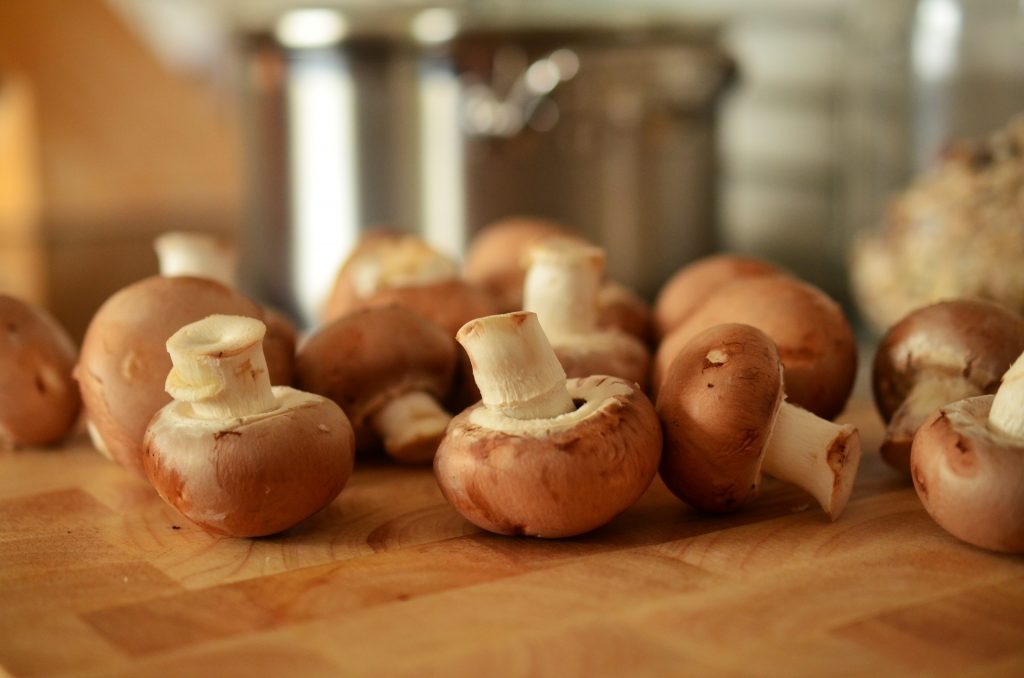 The nuns of the Abbey Notre Dame de Brialmont in Belgium cultivate brown mushrooms to fund their living. The mushrooms are grown organically and do not undergo any chemical treatment. Nuns sell fresh, dried or marinated mushrooms.

Wine producing in monasteries might not be a surprise, however, some monks still carry every stage of harvesting and wine producing by hand.

The brothers of Lerins Abbey in France have been cultivating a vineyard and producing wine for centuries. At present, 21 monks cultivate 8 hectares (20 acres) of the Saint-Honorat vineyard manufacturing their exceptional red wines made with Syrah, Mourvèdre and Pinot Noir grapes. White wines are also made from a variety of grapes. 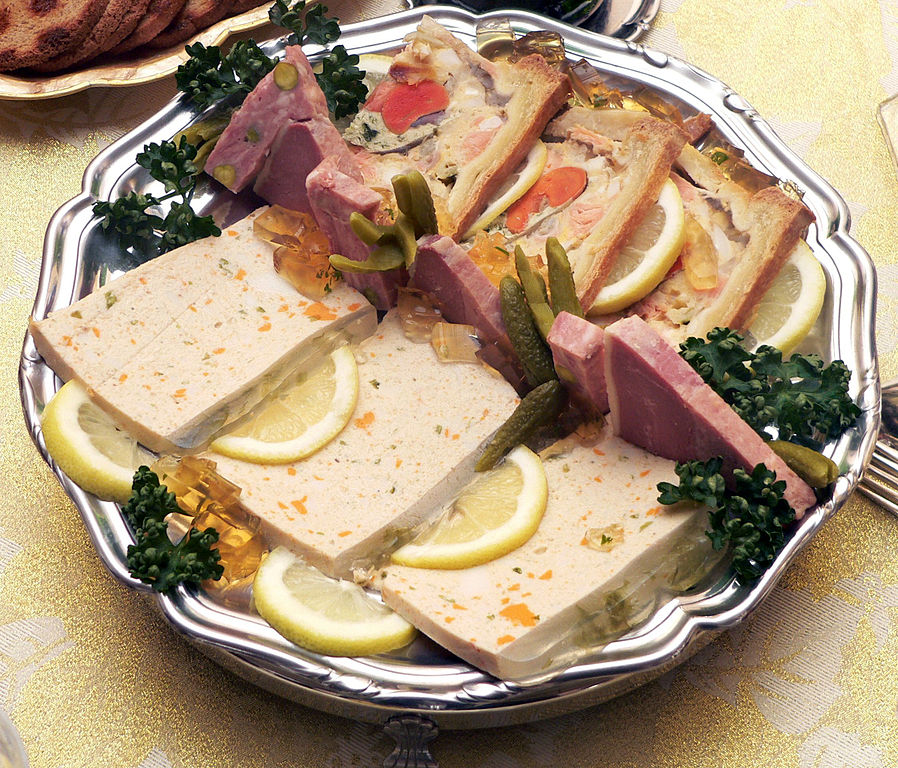 Cold meat made in a monastery is also available for purchase. Associative image. Photo courtesy of David Monniaux/Wikimedia

Many products made at Bricquebec Abbey are called after Father Marc who has been taking care of a monastic pig farm for more than 40 years. When he took over a pig farm in 1968, there were only 50 pigs. Soon 2,000 pigs have been reared outdoors.

The Lilbosch Abbey’s community in the Netherlands also keeps a pig farm. In 1999 the monastery began the cooperation with Livar company, founded by local farmers, which produce high-quality pork sold throughout the country. 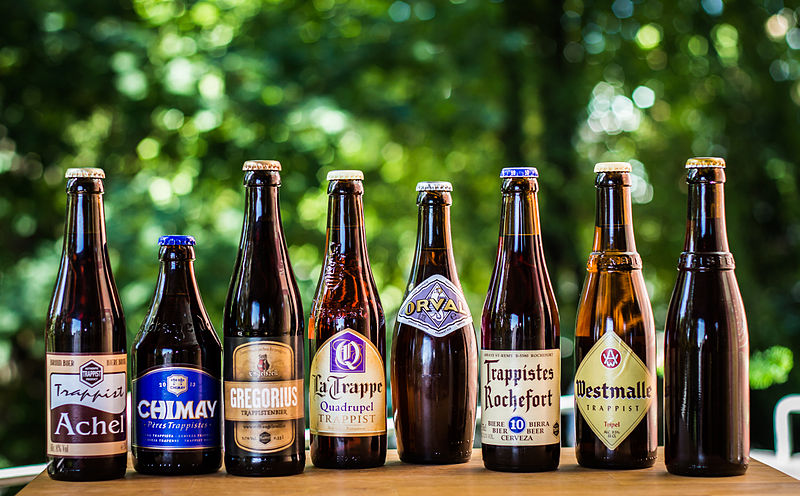 Renowned Trappist beer is made in 13 monasteries. Photo courtesy of Philip Rowlands/Wikimedia

Trappist monks have been renowned for brewing beer since the Middle Ages. Today, this tradition is still kept alive at thirteen Trappist monasteries in Belgium, the Netherlands, the UK, the US, Austria, and Italy.

Recently, the Mount Saint Bernard monastery community in the heart of rural Leicestershire (the UK) has also started making beer to fund their living and maintain the abbey. Trappist monks who before were growing cattle and selling milk decided to change their main activity after realizing that a dairy farm is no longer a profitable option.

In the artisanal brewery, monks brew strong dark ale Tynt Meadow. They take care of all processes from brewing to bottling and packaging. 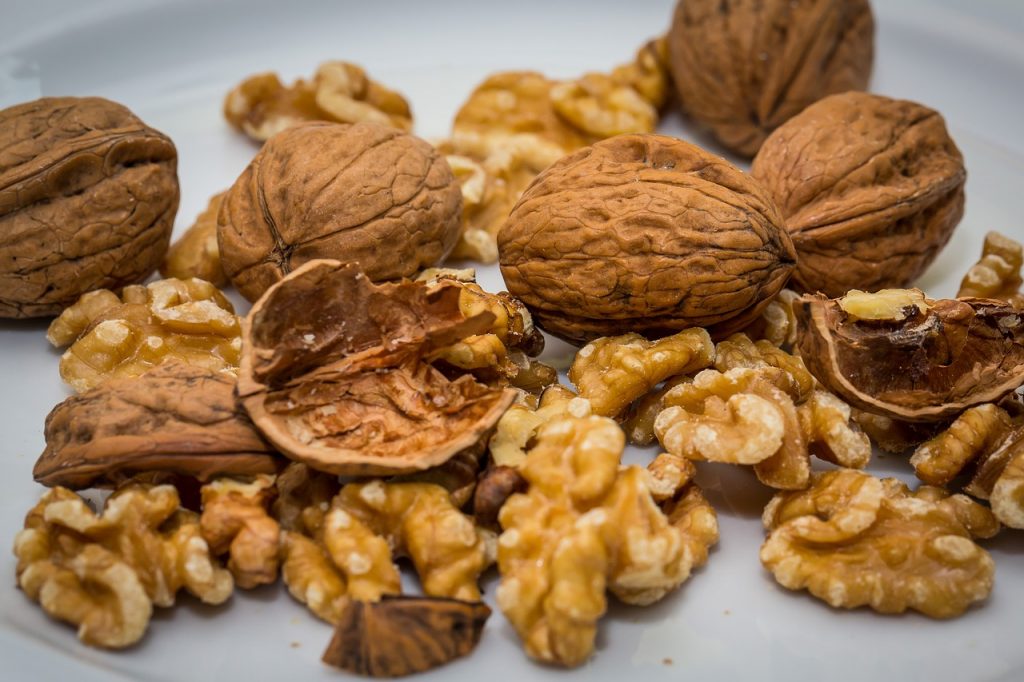 The Monastery of the Transfiguration in Bulgaria has its own orchard of walnut trees. Nuns who live in the monastery handpick, dry and package nuts which are sold in a monastic shop or online.
Whatever remains is made into a walnut cream in a monastery’s jam-making workshop. 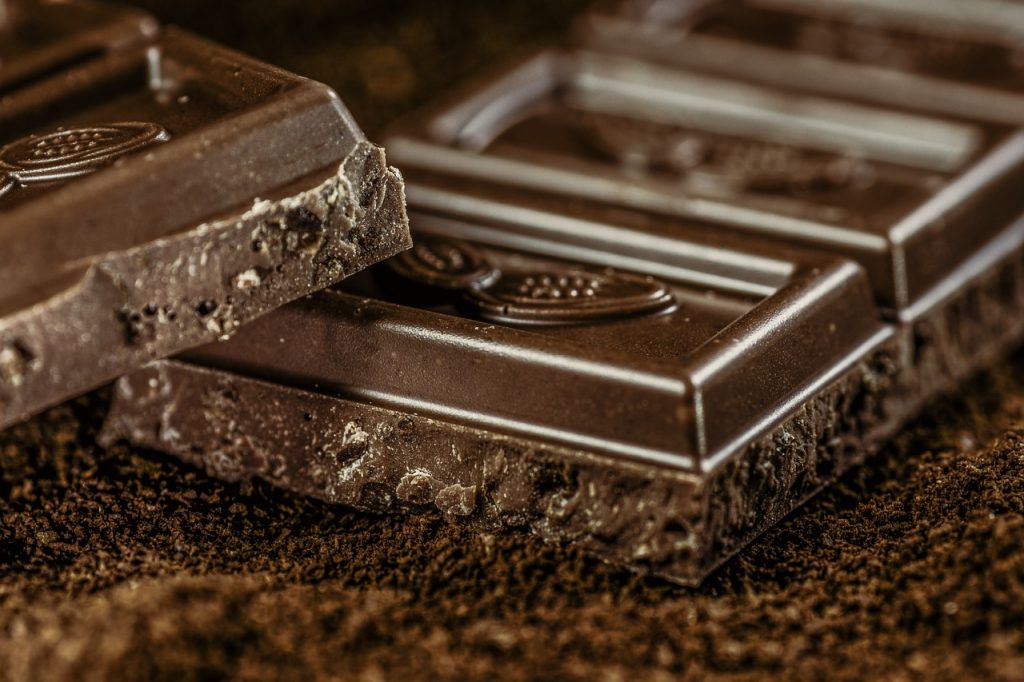 Some monasteries have their own chocolate factories. Associative image. Photo courtesy of Pixabay

If you crave something sweet, head to monasteries in France or the Netherlands.

Sisters at La Joie Notre Dame Abbey in France support themselves by manufacturing and packaging different cookies, cakes and chocolate.

Gingerbread, almond and chocolate cakes and a variety of cookies are among the products made in the abbey. Nuns even produce cookies from spelt and buckwheat flour according to the recipe of Saint Hildegard.

Koningshoeven Abbey in the Netherlands also has its own chocolate factory where monks produce white, milk and dark chocolate. 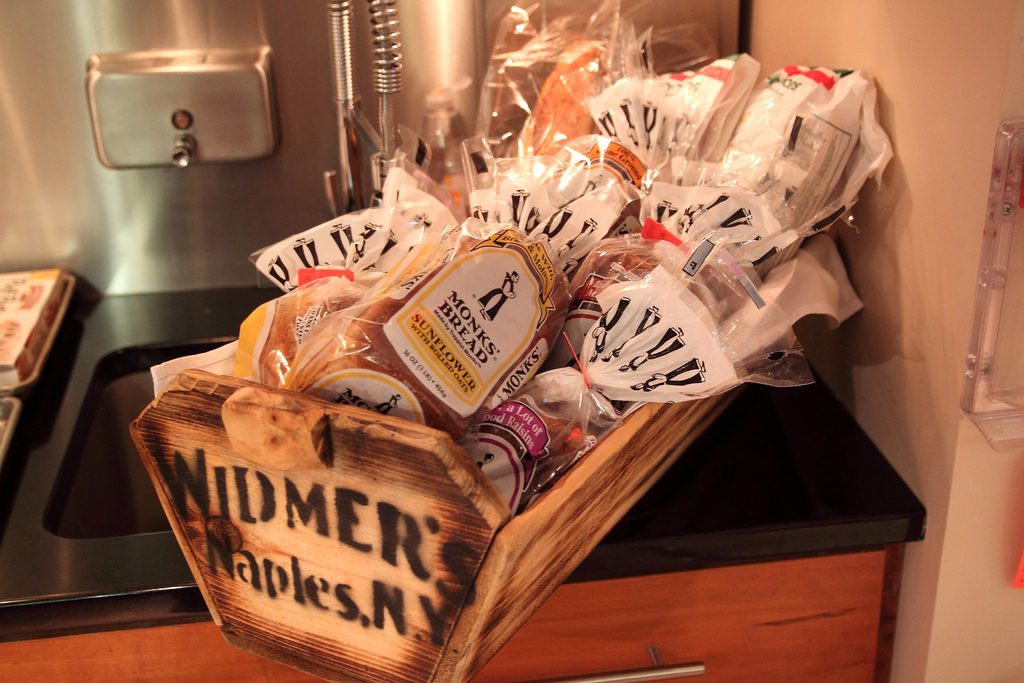 The US monks developed a well-known regional brand for their bread. Photo courtesy of Visit finger lakes/Flickr

The Abbey of the Genesee in the US is famous for its Monks’ Bread. It was brother Sylvester McCormack, one of Genesee’s first monks, who began to bake monastic bread. Before joining brothers at the abbey, he was a sailor in the navy who used to bake bread for his shipmates.

After local tradesmen sampled Monks’ Bread, villagers began to request to buy it. Soon Monks’ Bread became very popular with franchises all over the country.

Today, the monastic bakery produces a wide range of products, including biscotti, fruit and nut bars. Products are sold at a monastery’s shop, online and in many grocery stores. 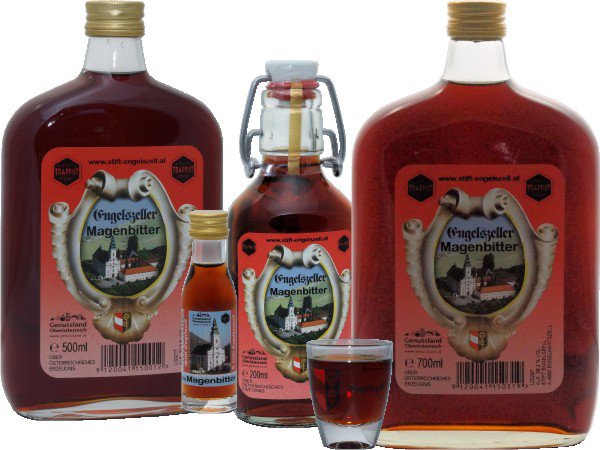 A handful of monasteries in different countries have their own liqueur distilleries.

Stift Engelszell monastery in Austria has been producing liqueurs since 1929. In almost 90 years monks have developed a range of different flavors from the walnut, wild berry, herbs to chocolate cream.

However, the herbal bitter “Magenbitter” is the best-seller among liqueurs made in Engelszell monastery.